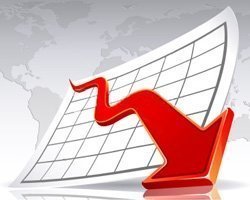 Yesterday's ECB rate decision did not surprise market participants as all three main interest rates were left on hold in line with the majority of economists' expectations. The central bank's key interest rate, remains at a record low of 0%, while the deposit rate, in turn, will stay at minus 0.4%, which means that commercial banks continue to pay to park funds with the central bank overnight. Moreover, during the press conference, ECB president Mario Draghi revealed he is ready to act again if inflation doesn't pick up decisively, however, the need for patience is necessary as previously announced stimulus measures take effect. In conclusion, very calm and steady press conference outcome unveiled the ECB plans for actions to increase the inflation levels.

Let's now take a look at the EUR/USD technical picture after the ECB rate decision has been revealed. The resistance at the level of 1.1216 had capped the bull rally and now the market is trading below this level, just around the long-term down trend line. The next support is seen at the level of 1.1096.