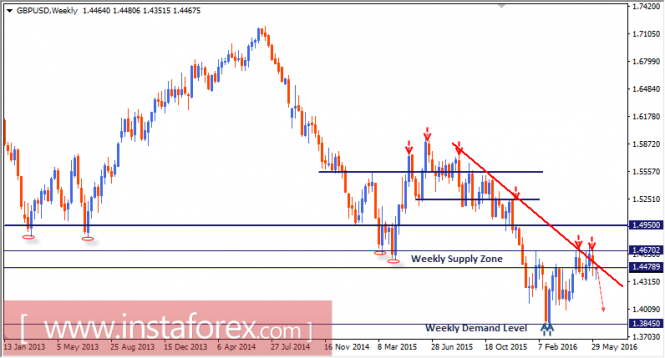 On May 3, the depicted long-term downtrend line came to meet the GBP/USD pair around the same price zone. Hence, significant bearish rejection and strong bearish weekly candlesticks were executed around the upper limit of it (1.4670 level).

The current bearish persistence below 1.4480 should be maintained to keep enough bearish momentum in the market. 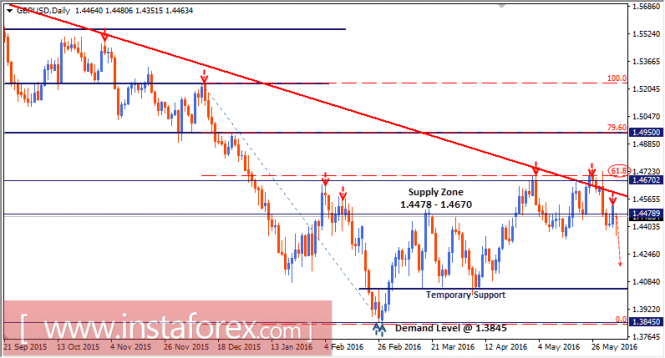 However, on June 2, Lack of enough bearish pressure was manifested below the level of 1.4380. Hence, another bullish pullback is expressed towards the price level of 1.4470.

In other words, the GBP/USD pair may become trapped between the price levels of 1.4470 and 1.4700 until breakout occurs.