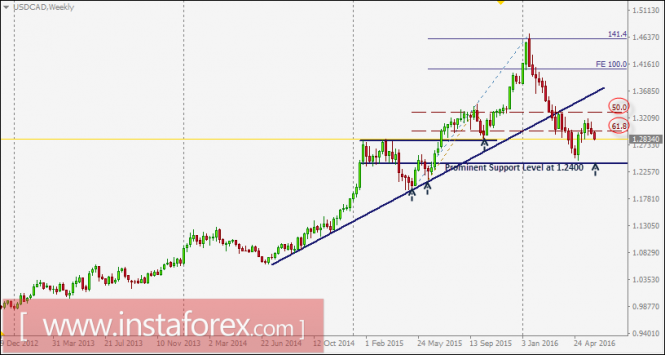 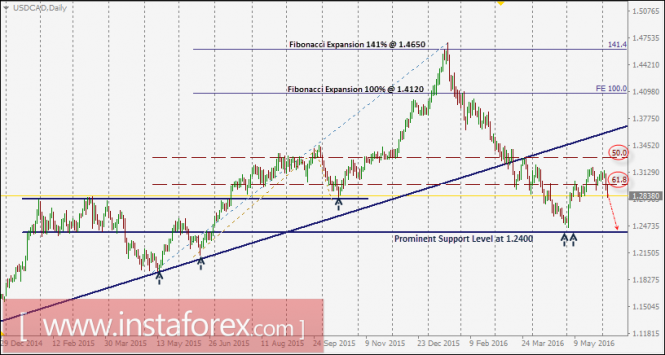 The recent bullish pullback towards 1.3000 (61.8% Fibonacci level) was expected to offer a valid signal to sell the USD/CAD pair. However, a lack of significant bearish rejection was manifested during recent consolidations.

Recently on May 18, temporary bullish fixation above 1.3000 (61.8% Fibonacci level) opened the way towards the 1.3180 level where significant bearish pressure was originated.