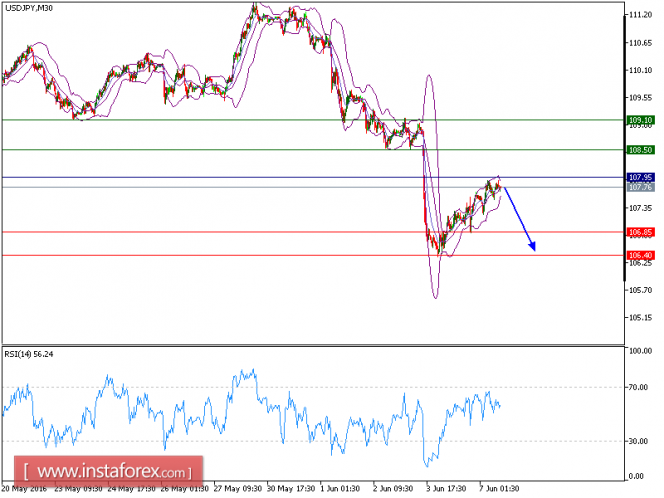 U.S. Federal Reserve Chairwoman Janet Yellen insisted that interest rates stay on the way up. "I see good reasons to expect that the positive forces supporting employment growth and higher inflation will continue to outweigh the negative ones...I continue to think that the federal funds rate will probably need to rise gradually over time to ensure price stability and maximum sustainable employment in the longer run," she said. She added that Friday's jobs report was disappointing but commented, "One should not attach too much significance to a single report."

Benefiting from the rise in oil prices, the Canadian dollar strengthened against the U.S. dollar, with the USD/CAD plunging another 0.9% to a three-week low of 1.2815.

The Australian dollar was broadly flat at 0.7366 against the greenback. On Tuesday, the Reserve Bank of Australia will set its cash rate target, expected to stay unchanged at 1.75%.

The pair is encountering resistance at levels near to the key resistance at 107.95. It has dropped below the 20-period (30-minute chart) moving average and is seeking support from the 50-period one underneath. The intraday relative-strength index is below the neutrality level of 50 showing a lack of upward momentum for the pair. As long as 107.95 is not surpassed, the pair could return to the first downside target at 106.85.