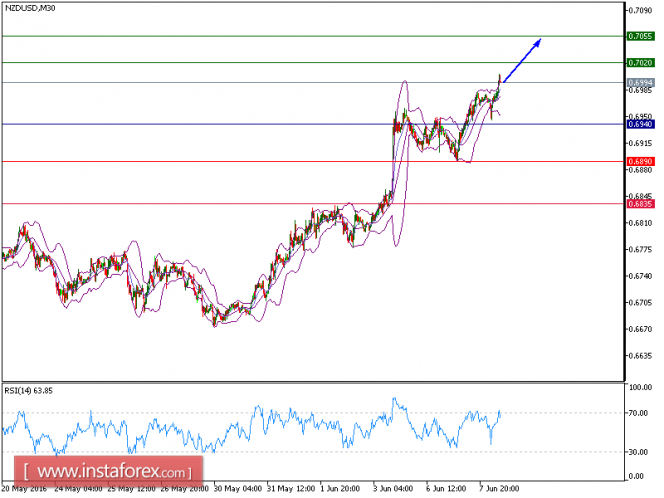 NZD/USD is expected to trade in a higher range as the bias remains bullish. The pair posted a strong rebound yesterday and is likely to challenge its nearest resistance at 0.6940. Meanwhile, both the 20-period and 50-period moving averages are heading upward and call for further upsides. In this case, as long as 0.6940 is not broken, expect a new bounce to 0.7020 at first, and then to 0.7055.