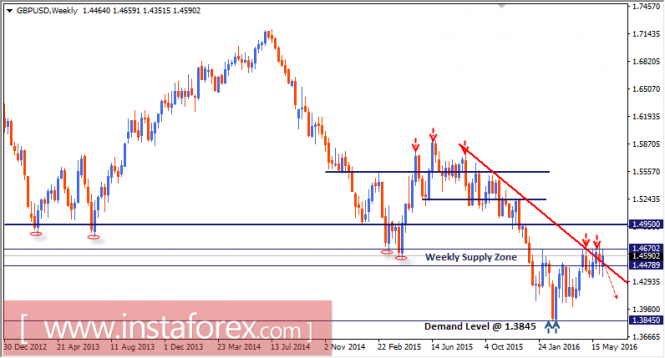 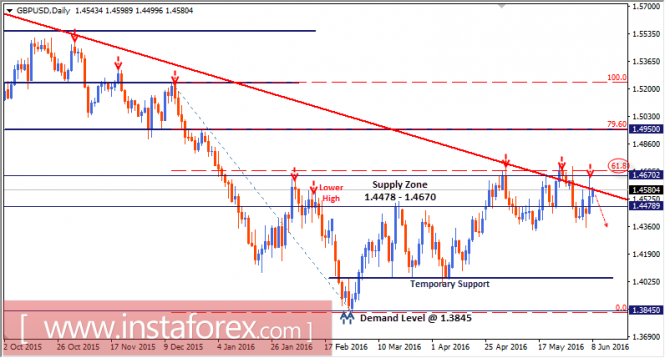 As anticipated, significant bearish rejection was expressed around the price zone of 1.4700-1.4750 (the 61.8% Fibonacci level) resulting in a strong bearish shooting-star daily candlestick.

However, on June 2, lack of enough bearish pressure was manifested below the level of 1.4380. Hence, another bullish pullback is expressed towards the price level of 1.4470.

Note that any bullish closure above 1.4470 opens the way directly towards the next supply zone (1.4670-1.4700) where the 61.8% Fibonacci level is located. Hence, a valid sell entry can be offered if enough bearish rejection is expressed around this price zone.

Please note that the GBP/USD pair may become trapped between the price levels of 1.4470 and 1.4700 before breakout occurs in either direction.