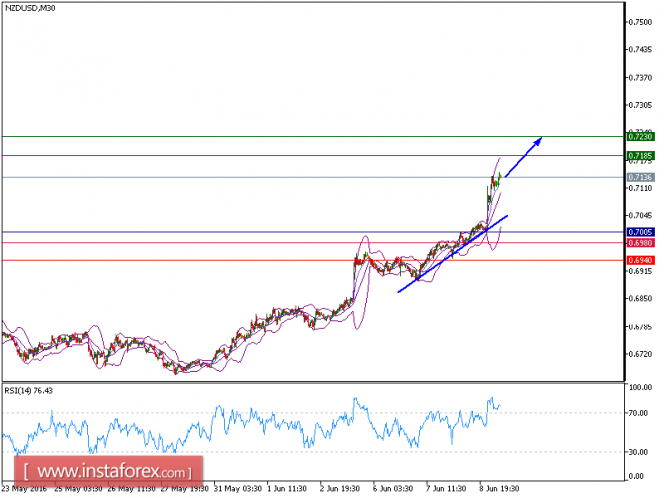 NZD/USD is expected to continue its upward movement. The pair remains on the upside, backed by a rising trend line (since June 7), and is now challenging its nearest resistance at 0.7185. Even though the relative strength index is within its "overbought" area (above 70), it is still bullish and has not yet displayed any reversal signal. Furthermore, the 20-period moving average stays above the 50-period one. Hence, further advance is expected with the next horizontal resistance at 0.7185 at first, and then 0.7230.