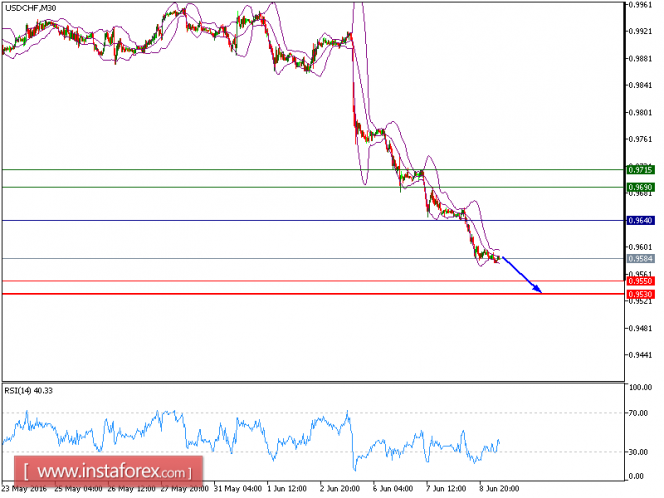 USD/CHF is expected to continue its downside movement. The pair failed to break above its horizontal resistance at 0.9640 yesterday and remains capped by its descending 20-period and 50-period moving averages. Besides, the relative strength index is bearish below its neutrality area at 50 and calls for further downside. To conclude, as long as 0.9640 is not surpassed, look for a new pullback to 0.9555 and then to 0.9530.