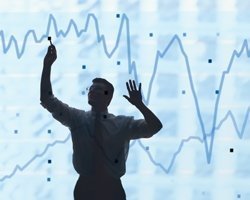 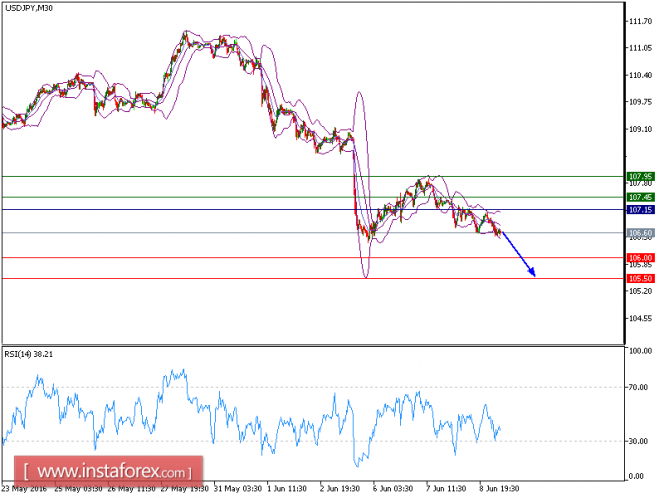 USD/JPY is under pressure. On Wednesday, US stock indices continued to grind higher, chalking a winning streak of three straight sessions. The Dow Jones Industrial Average rose 0.4% to 18004, the first close above the 18000 level since April 27. The S&P 500 increased 0.3% to 2119, and the Nasdaq Composite was also up 0.3% to 4974. Industrial and material shares performed well, while energy shares were lower despite oil prices hitting 2016 highs again.

Boosted by the bullish bias of the commodities markets, commodities-linked currencies were broadly higher. USD/CAD declined another 0.3% to 1.2693, tallying a loss of 3.1%, or 402 pips, in a losing streak of 4 consecutive sessions.

AUD/USD gained 0.2% to 0.7468, and NZD/USD rose 0.4% to 0.7003 yesterday. This morning, NZD/USD soared 1.9% up to 0.7138 after New Zealand's central bank, as expected, held its official cash rate unchanged at 2.25%. The pair continues to trade on the downside while displaying a pattern of lower highs and lower lows. Currently it is capped by the descending 50-period (30-minute chart) moving average. The 20-period moving average remains below the 50-period one, and the intraday relative strength index stands below the neutrality level of 50. The intraday outlook is still bearish, and the pair is expected to decline toward the immediate support at 106.00 before sinking further to 105.55.