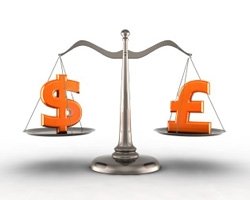 Another good news was delivered from the United Kingdom as the industrial production data outperformed most economists' expectations in April. According to the Office of National Statistics, the manufacturing production increased 2.3% against March's 0.1%, and industrial production advanced 2% as well (0.0% was the market expectations for both releases). In conclusion, this data increased optimism concerning the domestic economy, but it is still too early to say whether the industrial sector has totally strengthened.

Let's now take a look at the GBP/USD technical picture in the 4H time frame. The recent spike up after the news release was shortly pushed lower anyway and that is why another lower low at this pair was created. The market still trades below the important swing high at the level of 1.4770, so it is hard to say whether bulls or bears are in control over this market. Only a sustained breakout below the level of 1.4349 will confirm the bearish strength.