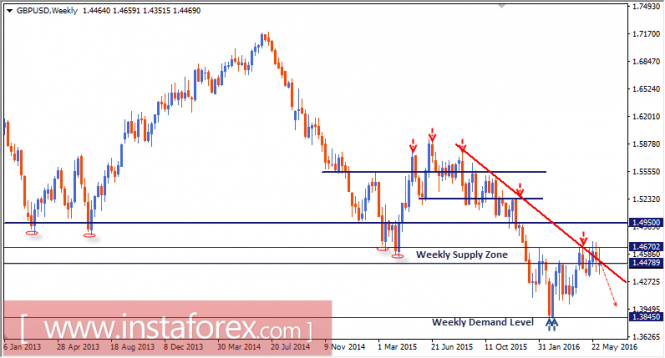 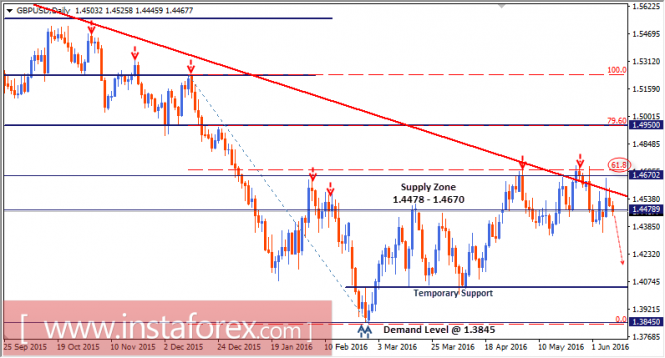 As anticipated, significant bearish rejection was expressed around the price zone of 1.4700-1.4750 (the 61.8% Fibonacci level) resulting in a strong bearish shooting-star daily candlestick.

Please note that the price zone of 1.4670-1.4700 (61.8% Fibonacci level and the depicted downtrend line) stood as a significant supply zone which offered many valid SELL opportunities over the past few weeks.