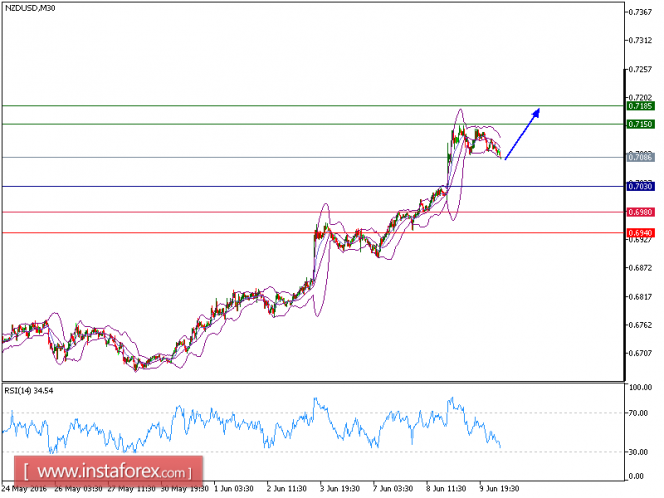 NZD/USD is expected to trade in a higher range as a bias remains bullish. The pair stands firmly above its horizontal support at 0.7030, and is likely to post further advance. At the same time, the 50-period moving average is on the upside, which indicates that the prices may still have upside potential to go. Besides, the relative strength index is bullish above its neutrality area at 50, and lacks downward momentum. Hence, as long as 0.7030 holds on the downside, the intraday outlook stays positive with targets at 0.7150 and 0.7185 in extension.