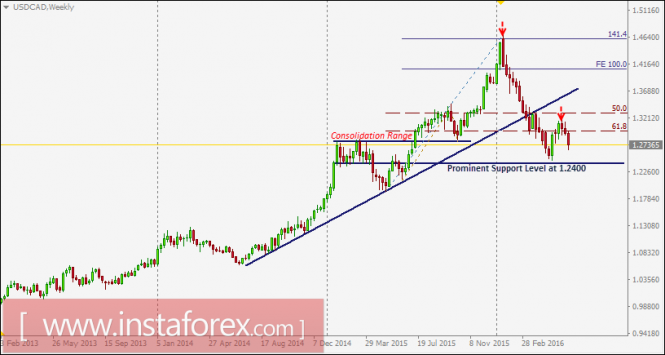 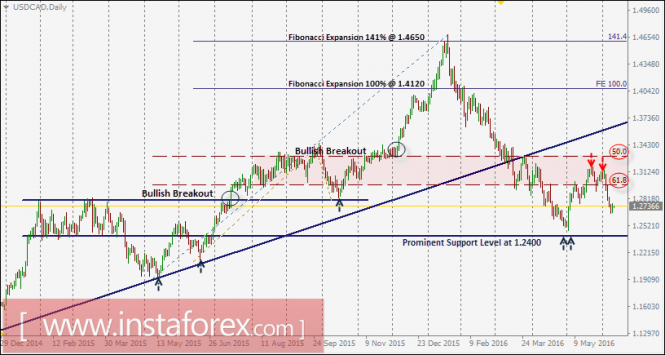 On December 7, a bullish breakout above 1.3450 (upper limit of the recent consolidation range) enhanced the bullish side of the market. Hence a bullish visit to the resistance at 1.4120 (the Fibonacci Expansion 100%) occurred.

Bullish persistence above 1.4150 enhanced the bullish side of the market towards 1.4650 ( the 141.4% Fibonacci expansion) where an evident bearish rejection was expected (bearish engulfing weekly candlestick).

The 1.4120 level (the Fibonacci Expansion 100%) stood as a significant resistance level where a significant bearish rejection was applied.

The recent bullish pullback towards 1.3000 (the 61.8% Fibonacci level) was expected to offer a valid signal to sell the USD/CAD pair. However, a lack of significant bearish rejection was manifested during recent consolidations.

That's why, On May 18, temporary bullish fixation above 1.3000 (the 61.8% Fibonacci level) opened the way towards the 1.3180 level where significant bearish pressure was originated.