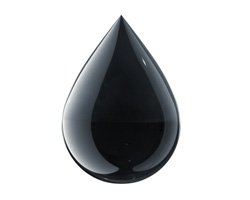 Today, crude oil inventories data will be released at 04:30 pm GMT, and market participants are expecting another drawdown of -3000k barrels (-3220k barrels prior). On June 14, the International Energy Agency (IEA) released a report forecasting that the demand for crude oil at the global market will rise in 2017 and reach the level of 97.4 million barrels per day. Moreover, the IEA believes that demand in 2017 will grow by 1.3 million barrels per day, and a production increase will follow as well. Nonetheless, the IEA believes that Libya and Nigeria could be the reason for a correction in the forecast, along with high crude oil inventories that have been accumulating over the past three years. Nigerian oil production has decreased by 10% in May, due to attacks of militants on the country's oil infrastructure. Canadian producers could also decrease their output by 400,000 barrels a day as a result of ongoing forest fires.

Let's now take a look at the crude oil technical picture on the daily chart. The most important support provided by the golden trend line is being tested currently, just around the level of 47.85. Moreover, the top at the level of 51.65 will be confirmed if the market moves below the technical support at the level of 46.80.