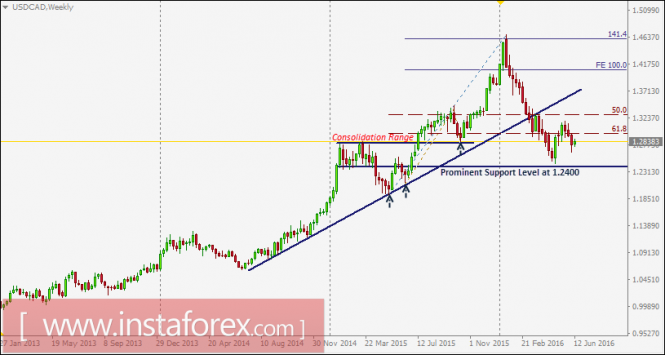 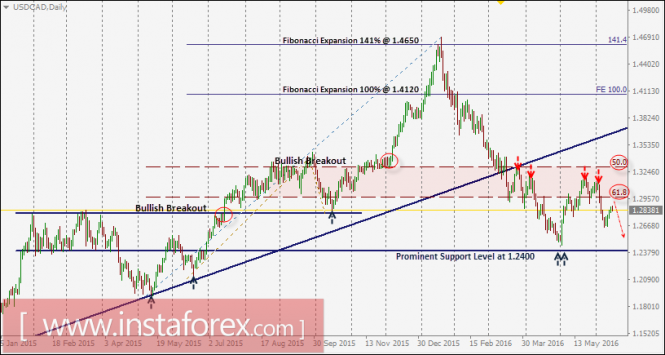 Since then, the USD/CAD pair was trapped within the consolidation range between 1.3300 and 1.3300 until a bearish breakout took place on April 11.

A bullish pullback towards 1.3000 (61.8% Fibonacci level) was expected to offer a valid signal to sell the USD/CAD pair. However, a lack of significant bearish rejection was manifested during recent consolidations.

On May 18, temporary bullish fixation above 1.3000 (61.8% Fibonacci level) opened the way towards the 1.3180 level where significant bearish pressure was originated.

That's why, any bullish pullback again towards the price level of 1.2970-1.3000 (61.8% Fibonacci level) should be considered for another SELL entry.

On the other hand, the price zone of 1.2400-1.2500 constitutes a significant support zone to be watched for BUY entries if enough bearish pressure is applied below 1.2650.