Intraday technical levels and trading recommendations for EUR/USD for June 16, 2016 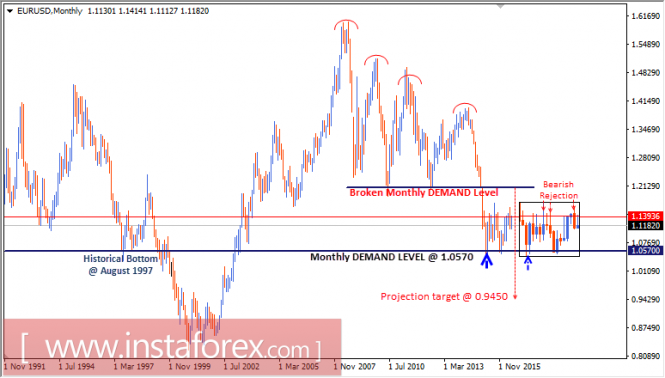 That's why, recent bearish rejection was expected around the current price levels (Note the previous monthly candlestick of May). 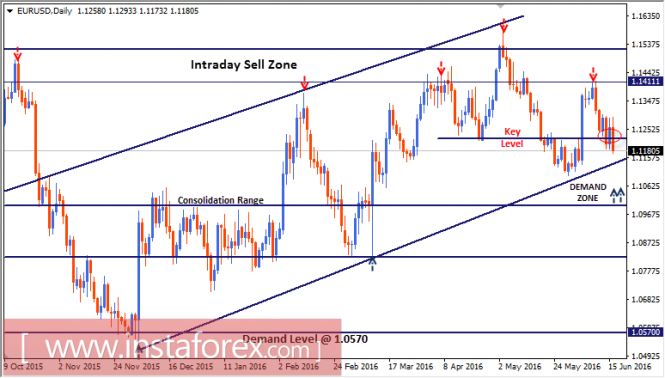 Hence, the recent bullish closure above 1.1200 enhanced further bullish advancement towards 1.1400 where evident signs of bearish rejection and a valid SELL entry were suggested. S/L should be lowered to 1.1350 to secure some profits.

Currently, bearish persistence below 1.1220 (recent key-level) is needed to maintain enough bearish momentum towards 1.1000. Otherwise, the EUR/USD pair may remain trapped between the levels of 1.1200 and 1.1400.

Note that any bearish pullback towards the zone of 1.1000 (the depicted uptrend line and a previous consolidation range) should be considered for a valid BUY entry. S/L should be placed below 1.0950.