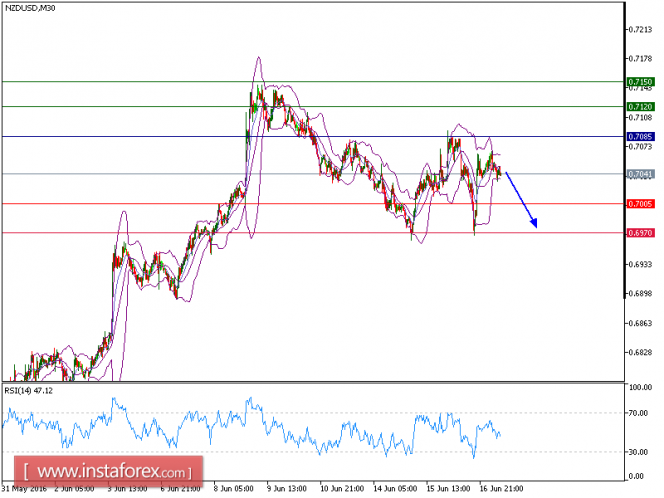 NZD/USD is expected to trade in a lower range as the bias remains bearish. The pair failed to break above its horizontal resistance and overlap at 0.7085 after having tested it for at least two times yesterday. Meanwhile, a bearish cross has been identified between the 20-period and 50-period moving averages, which should call for further decline. To conclude, as long as 0.7085 is not surpassed, look for a new pullback to 0.7030 and then to 0.7005.