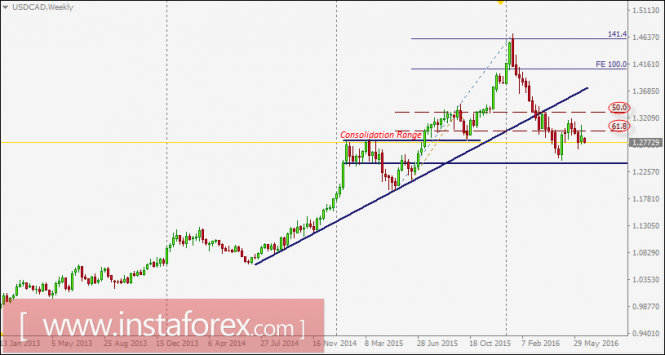 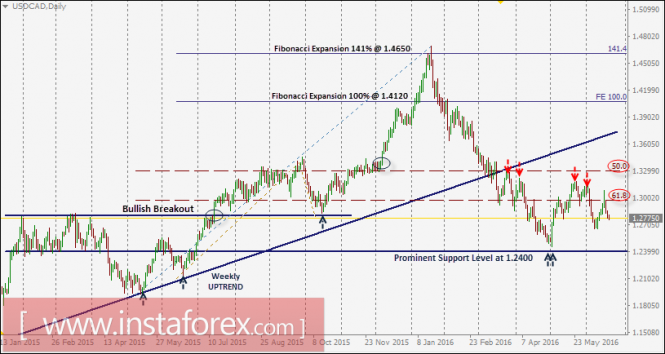 Since then, the USD/CAD pair had been trapped within the consolidation range between 1.3300 and 1.3300 until a bearish breakout took place on April 11.

A bullish pullback towards 1.3000 (61.8% Fibonacci level) was expected to offer a valid signal to sell the USD/CAD pair. However, a lack of significant bearish rejection was manifested during recent consolidations.

On May 18, temporary bullish fixation above 1.3000 (61.8% Fibonacci level) opened the way towards the 1.3180 level where significant bearish pressure was originated.

However, recent signs of bullish recovery were manifested around the price level of 1.2650 on June 9.

On the other hand, the price zone of 1.2400-1.2500 constitutes a significant support zone to be watched for BUY entries if enough bearish pressure is applied below 1.2650.