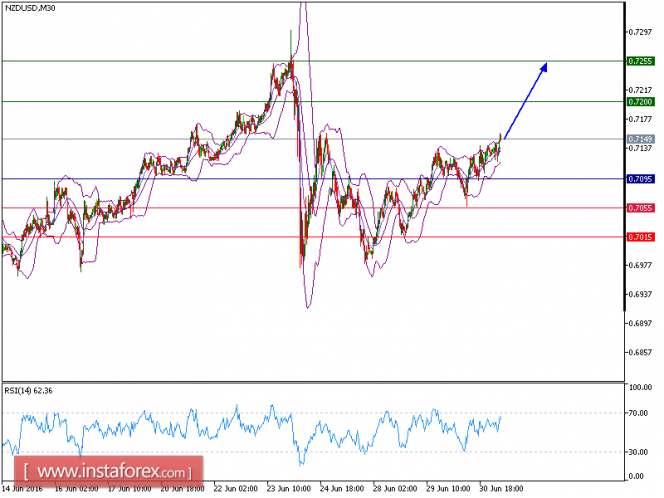 NZD/USD is expected to trade with a bullish bias. The pair is turning up and is expected to post further rebound. Meanwhile, a bullish cross has been identified between the 20-period and 50-period moving averages. Besides, the relative strength index is bullish above its neutrality area at 50, calling for further upside. To sum up, as long as 0.7095 is not broken, we are positive and expect a bounce to 0.7200 and 0.7255 in extension.