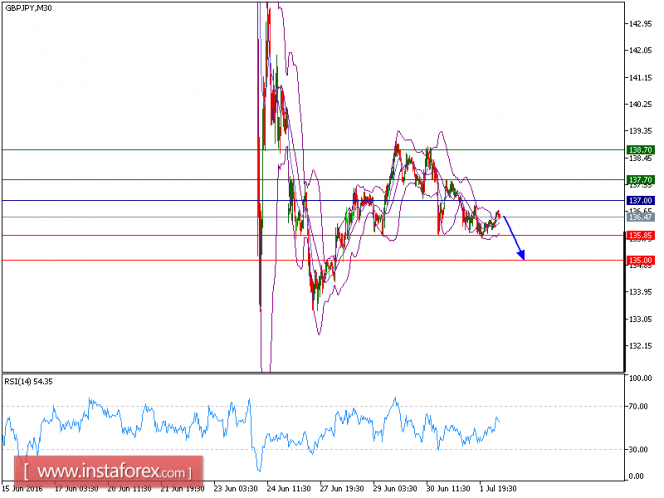 GBP/JPY is expected to trade with bearish bias as key resistance lies at 137.On Friday, U.S. stock indices posted the modest gains giving a winning streak of four straight sessions. Trading volume was very small ahead of the long weekend (U.S. markets are closed on Monday, July 4 for the Independence Day holiday). The pair is moving sideways below its key resistance at 137, while the relative strength index is around 50 and lacks upward momentum. As long as 137 holds as key resistance, a drop towards 135.85 is possible.