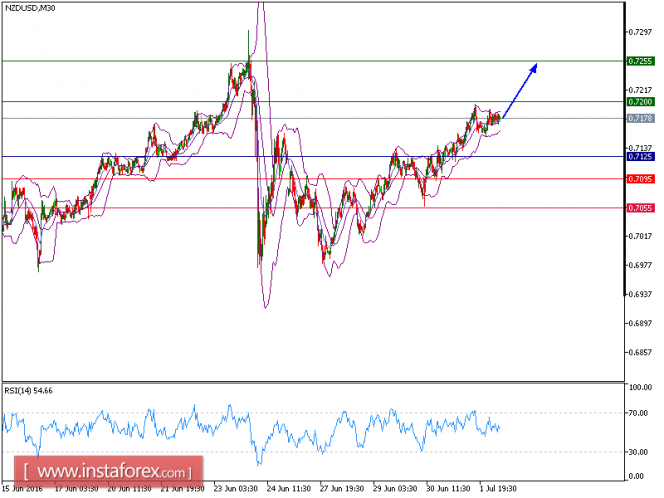 NZD/USD is expected to trade with bullish bias as the movement is supported by a rising trend line. The pair has been supported by a rising trend line since June 29 and is likely to challenge the horizontal resistance at 0.7200 in sight. Meanwhile, both the 20-period and 50-period moving averages are heading upwards. In addition, the relative strength index is mixed to bullish. To sum up, further upside is therefore expected with the next horizontal resistance at 0.7200 at first. A break above 0.7200 would trigger a new rise towards 0.7255.