Intraday technical levels and trading recommendations for GBP/USD for July 4, 2016 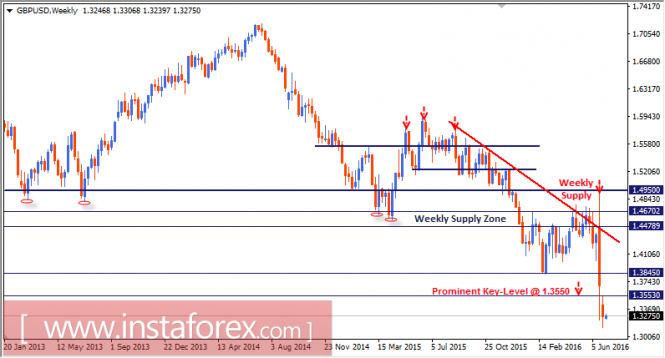 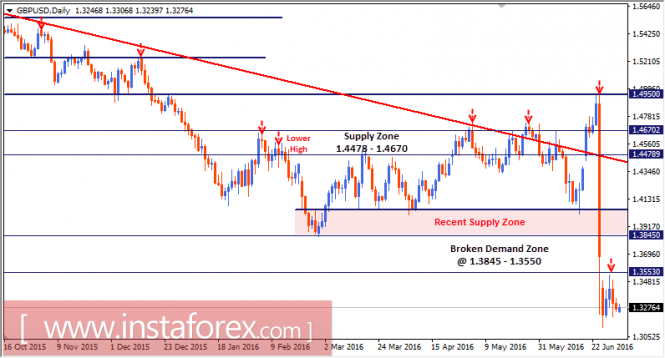 However, the previous weekly candlesticks maintained their bearish persistence below the depicted weekly supply zone (below 1.4470), which allowed further bearish decline to occur.

The prominent demand level located at 1.3845 (historical bottom that goes back to March 2009) provided a significant bullish rejection and a bullish engulfing weekly candlestick on February 26.

The price zone between 1.3845 and 1.3550 (Historical bottoms in January 2009) was considered a significant demand zone to be watched for bullish recovery.

However, temporary bearish breakdown below 1.3550 is currently manifested on the depicted charts.

Note that the price zone of 1.3845-1.4040 now constitutes the recent supply zone to be watched for new SELL entries if the current bullish pullback extends above 1.3550.

On the other hand, bearish persistence below the demand level at 1.3550 enhances the bearish scenario. Bearish decline towards 1.3050 (the nearest bearish projection target) should be expected then.