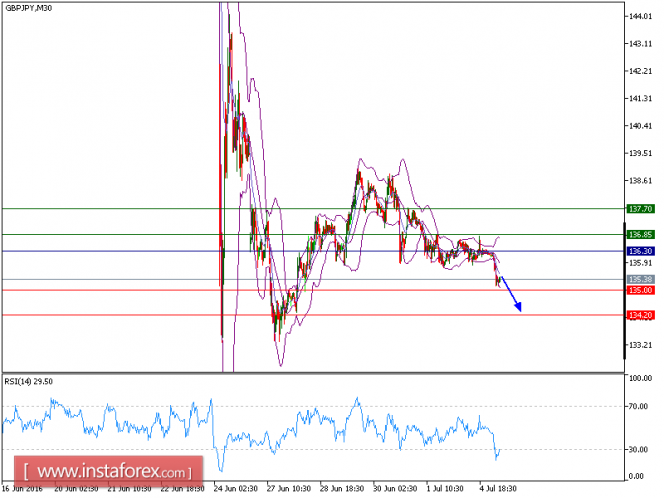 GBP/JPY is under pressure and expected to go further downward. European stocks encountered resistance after rallying for four sessions in a row, with the Stoxx Europe 600 declining 0.7%. The pair is moving sideways below its key resistance at 136.30, while the relative strength index is around 50 and lacks upward momentum. As long as 136.30 holds as the key resistance, a drop toward 134.20 is possible.