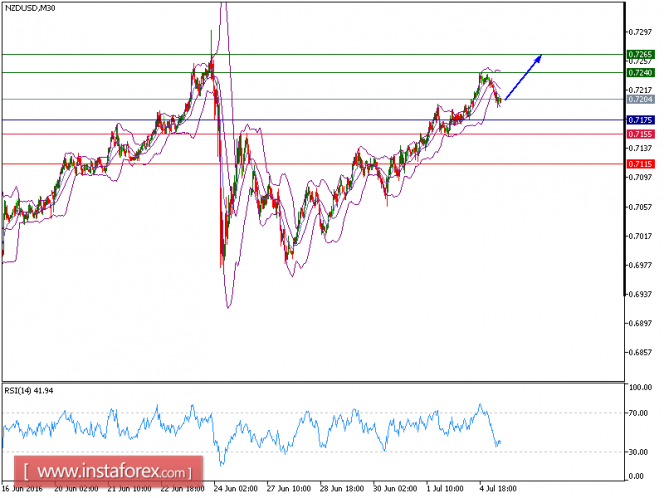 NZD/USD is expected to trade with a bullish bias above 0.7175.The pair remains on the upside within its bullish channel. At the same time, the 50-period moving average is heading upward, and acts as a support role. Even though a continuation of the consolidation cannot be ruled out at the current stage, its extent should be limited. To sum up, as long as 0.7175 holds on the downside, look for further advance to 0.7240 and 0.7265 in extension.