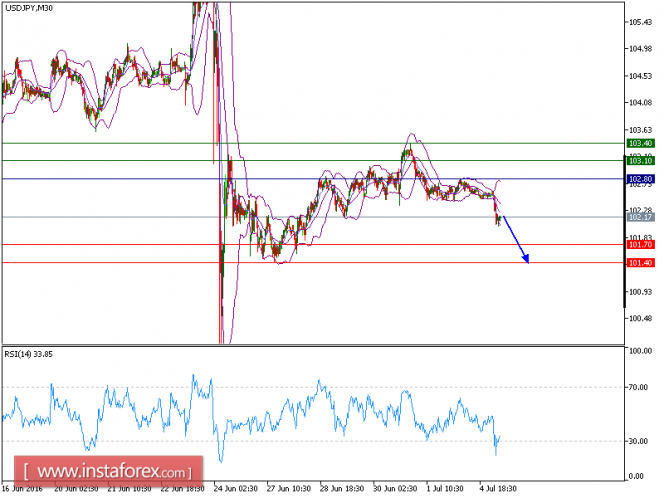 USD/JPY is under pressure and expected to continue its downside movement. The pair rebounded up to 102.80 yesterday before resuming a downtrend. Currently, while being capped by the 50-period (30-minute chart) moving average, the pair has broken below the lower Bollinger band as those bands are widening, suggesting an acceleration to the downside. At the same time the intraday relative strength index has crossed below the over-sold level of 30, indicating imminent downward momentum for the pair. The first downside target at 101.75 is in sight. And a break below this level would trigger a further decline toward 101.40. Key resistance has been lowered to 102.80 (around yesterday's high). U.S. markets were closed on Monday to observe the Independence Day holiday.