InstaForex Loprais Team headed by Ales Loprais finished seventh in the truck category in the Dakar Rally 2017. The world's most awaited race kicked off on January 2 in Asuncion and lasted for 12 days. Loprais Team passed 12 complicated stages going through special challenging routes in Paraguay, Bolivia, and Argentina. Loyal fans greeted the rally participants at the final destination in Buenos Aires.

The team competed in yet another Dakar Rally with a brand-new Tatra Phoenix truck that was built specifically for this race. Ales Loprais and Martin Kolomy joined their efforts creating InstaForex Tatra Buggyra Racing Formation.

On the route to Buenos Aires, the team experienced some technical difficulties as they had problems with the power steering pump and shock absorber. Technical faults alongside bad weather conditions affected the team's spirit and its results. Still, Loprais Team passed last stages and made it to the final despite all the troubles. InstaForex Loprais Team jumped to the seventh place from the fourteenth showing good results in the overall ranking.

The team thanks its fans for their support and promises to bring them up to speed on its future plans and events. 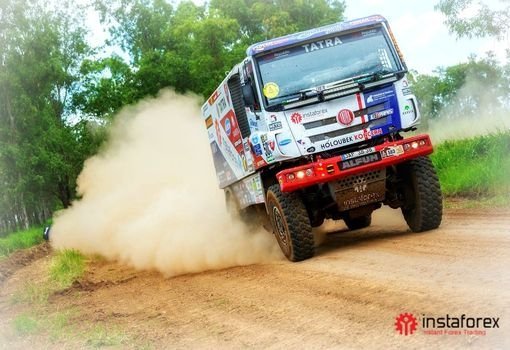