Long-term trading, D1:
Prior to the release of non-farm payrolls on Friday 6 May, we do not expect changes in the movement of the Pound. At the moment it is recommended to refrain from opening long-term transactions on the currency pair GBP/USD. It is advisable to enter the market after the publication of statistics on Friday and retesting of the key support and resistance levels and in case of the respective confirmation (such as Price Action pattern). 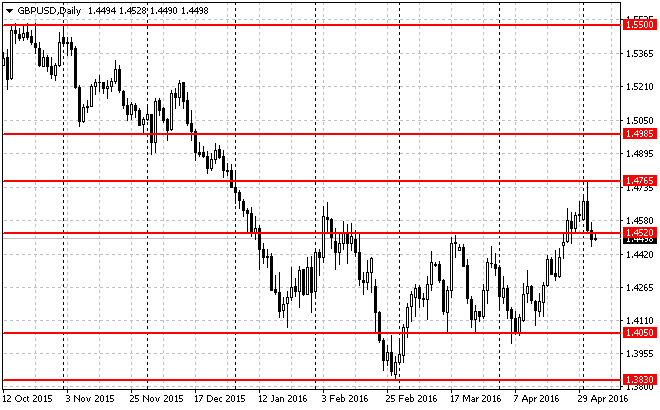 Medium-term trading, H1:
The currency is traded near the local resistance level of 1.4520. If the price maintains this level and in case of the respective confirmation (such as Price Action pattern), we recommend to open short positions. Risk per trade is not more than 2% of the capital. Stop order can be placed slightly above the signal line. Take profit can be placed in parts at the levels of 1.4425, 1.4360 and 1.4315 with the use of trailing stops. 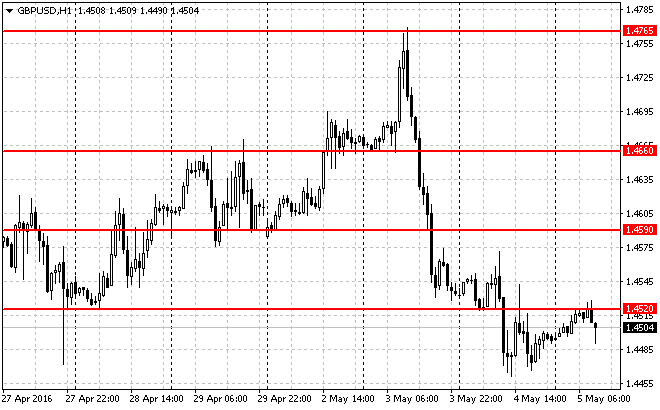