Review and dynamics
Since mid-April, when the index S&P500 had reached annual highs at the level of 2108.0, regaining all losses sustained from the beginning of the year, the index is undergoing correction in the ascending channel on the daily chart.

Downward correction stopped last Friday after the release of US labor market statistics for April, which was weaker than expected. It became known that new jobs in April amounted to 160 000 instead of the expected rise on 200 000 and the rise of 208 000 in March. This data has lowered expectations of the interest rate increase in the USA. The price has rebound from support level of 2041.0, which is crossed by ЕМА50 and the lower line of the ascending channel on the daily chart. Yesterday, the rise in index was the highest in the last month. The index grew by 1.2% or 25.7 points.

As an alternative scenario the pair can break out support level of 2041.0 with the target of 2023.0 (ЕМА200 and ЕМА144 on the daily chart). Breakout of the strongest support level of 2000.0 (Fibonacci 61.8% to the decline since December 2015), may provoke further decline in the pair. In this case the pair will return to the downtrend.

Breakout of the resistance zone at the level of 2083.0 will trigger further rise up in the index S&P500. 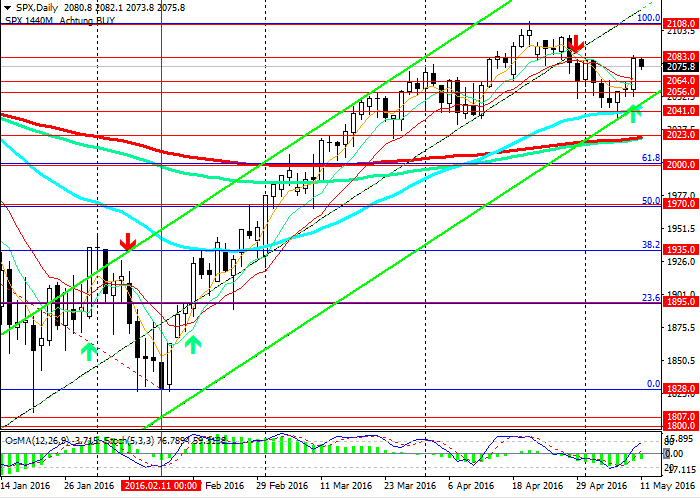 In the ascending channel 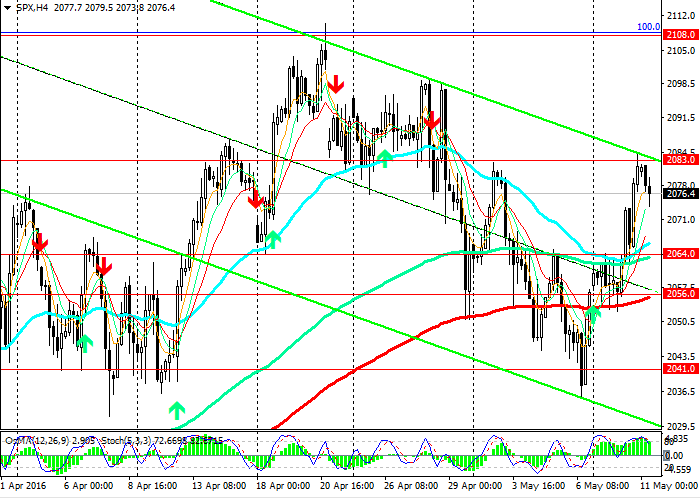 Indicators are reversing towards short positions