Our opinion: Sell the pair from correction below the level of 1.4520 with the target of 1.42

Analysis:Presumably, the formation of the upward correction as the fourth wave 4 of the senior level has completed. Locally, it seems that the pair is declining in the fifth wave 5, within which one-two impetus (i) has been formed and the correction (ii) to it as an irregular plane. If this assumption is correct, the pair will continue to decline in the third wave to the level of 1.42. Critical level for this scenario is 1.4520. 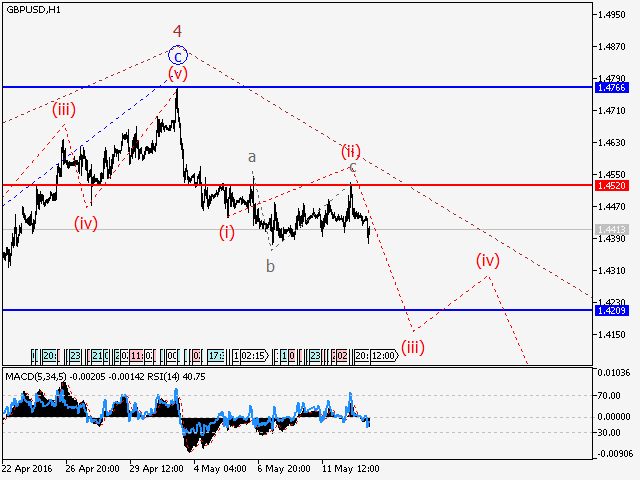 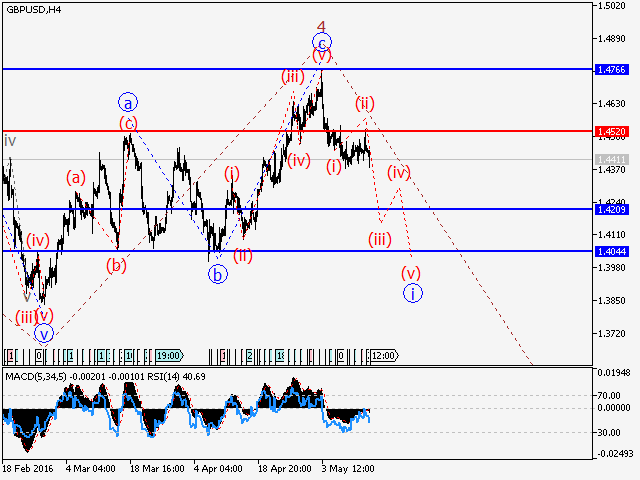