Alternative scenario: Breakout and consolidation of the price below the level of 108.12 will trigger the decline in the pair to the levels of 106.36 – 105.50.

Analysis: Presumably, the formation of the upward correction as the fourth wave of the senior level continues. At the moment it is likely that the wave (a) of iv is being formed, within which an impetus is being developed. If this assumption is correct, the pair will continue to rise up to 110.64. Critical level for this scenario is 108.12. Breakout of this level will trigger the decline in the pair to 106.36. 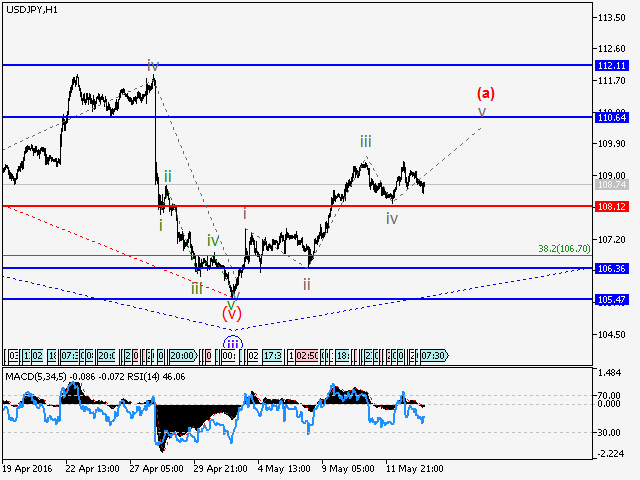 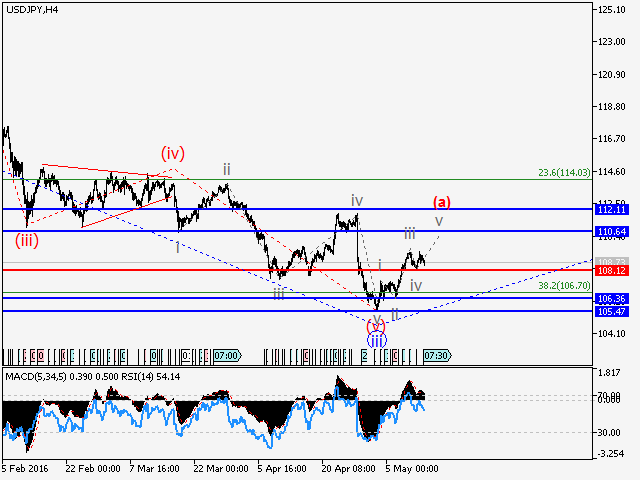