Alternative scenario: Breakout and consolidation of the price below the level of 1.1020 will trigger the decline in the pair to 1.09 – 1.08.

Analysis: Presumably, downward correction of the senior level as the wave ii of 3 has completed in the 4-hour timeframe. At the moment, it is likely that the third wave iii of 3 is being formed, within which one-two wave of the junior level (i) is being developed. If this assumption is correct, the pair can continue to rise up to 1.1230 – 1.1424 or higher up. 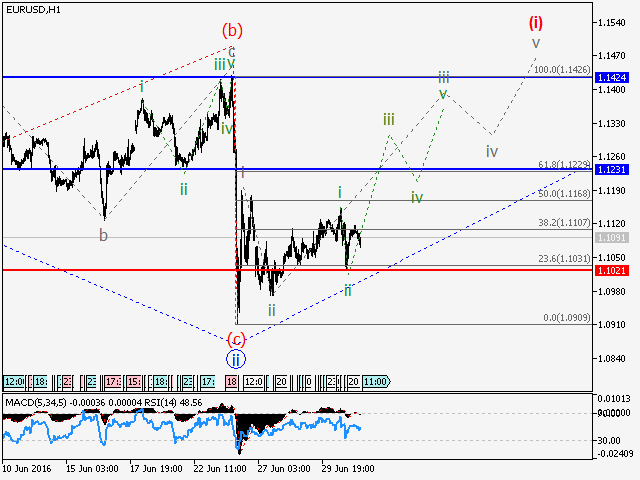 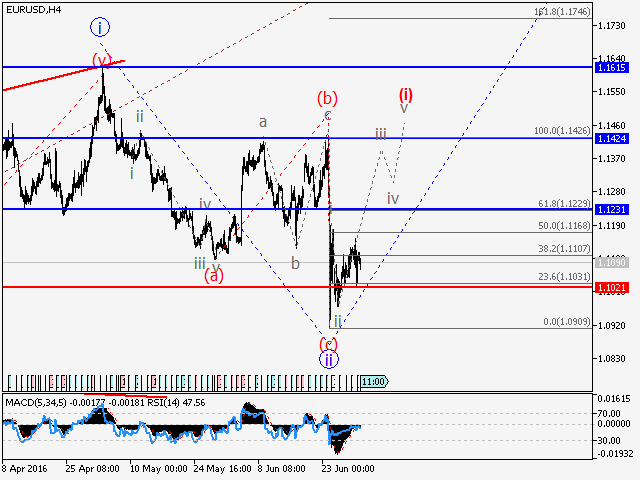