Alternative scenario: Decline in the pair below the level of 1.31 and formation of the extended wave pattern 1 of (5).

Analysis: Presumably, the formation of the first wave 1 of (5), which is taking a shape of a wedge, is nearing completion. Locally, it is likely that the fifth wave of the junior level v of 1 is being formed. If this assumption is correct after the completion of this wave the pair can reverse and go up to 1.4060 – 1.4280 as part of the correction.. 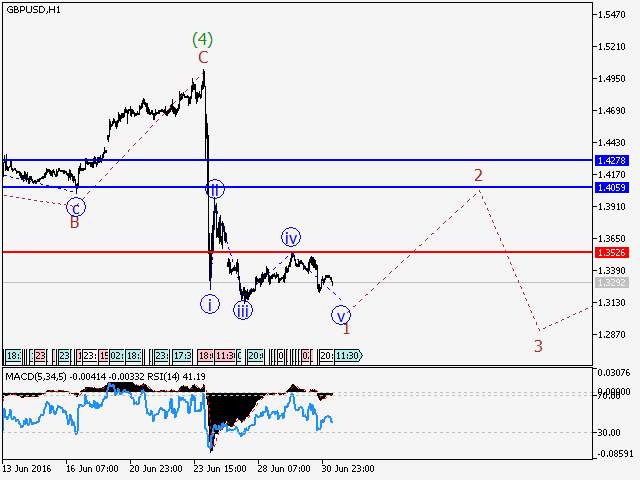 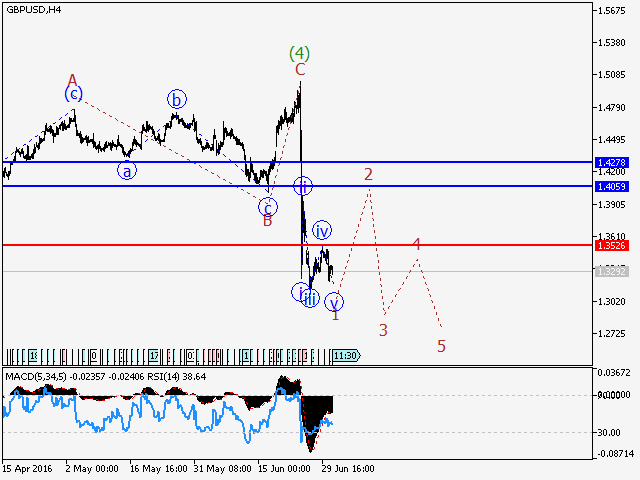