Asian stocks gained on Friday as President Donald Trump’s plans to gradually re-open the U.S. economy outweighed concerns over data that showed China suffered its worst economic contraction on record due to the coronavirus outbreak. 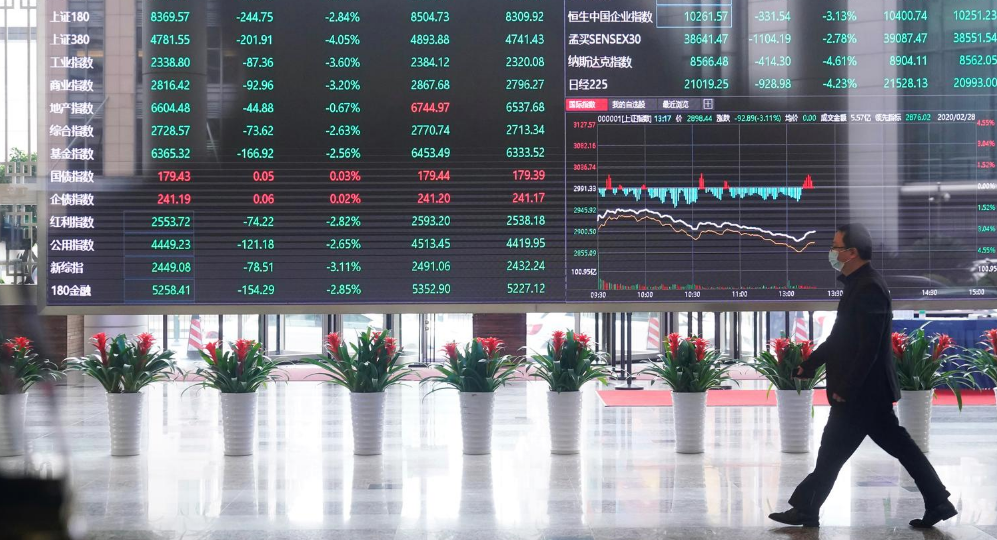 MSCI's broadest index of Asia-Pacific shares outside Japan .MIAPJ0000PUS was up 2.2% after reaching a five-week high. Shares in China rose 1.04% as the weak GDP data reinforced expectations that more stimulus is coming, while shares in Australia were up 1.31%.

Data from China showed the world’s second-largest economy shrank for the first time since at least 1992 because of the coronavirus outbreak and tough containment measures. Gross domestic product contracted 6.8% in the quarter year-on-year, slightly more than expected, and 9.8% from the previous quarter.

However, the Chinese data and other forecasts that said the world is in its worst recession in decades caused barely a ripple in Asian shares as investors focus instead on whether the pandemic is peaking and how soon governments will start to ease lockdowns which have crippled business and consumer activity.

Some analysts cautioned, however, that it is premature to say the health crisis is under control.

“Stocks are reacting naturally to Trump’s talk of re-opening the economy, because some people don’t want to be left out of the rally,” said Ayako Sera, market strategist at Sumitomo Mitsui Trust Bank in Tokyo.

“The problem is there is a big gap between expectations and the underlying economic reality, which is that many countries are still very weak.”

Shares in Asia tracked gains on Wall Street, as hopes that the United States will roll back restrictions on businesses boosted risk appetite. Reports based on partial data that showed severe COVID-19 patients responded positively to a drug made by Gilead Sciences Inc also lent support.

Joining a handful of other governments that are restarting their economies, Trump said on Thursday U.S. state governors can re-open businesses in a staggered, three-stage process.

Some analysts remain sceptical of Trump’s plan, but the equity markets took the comments as a sign that the worst of the pandemic may be over. 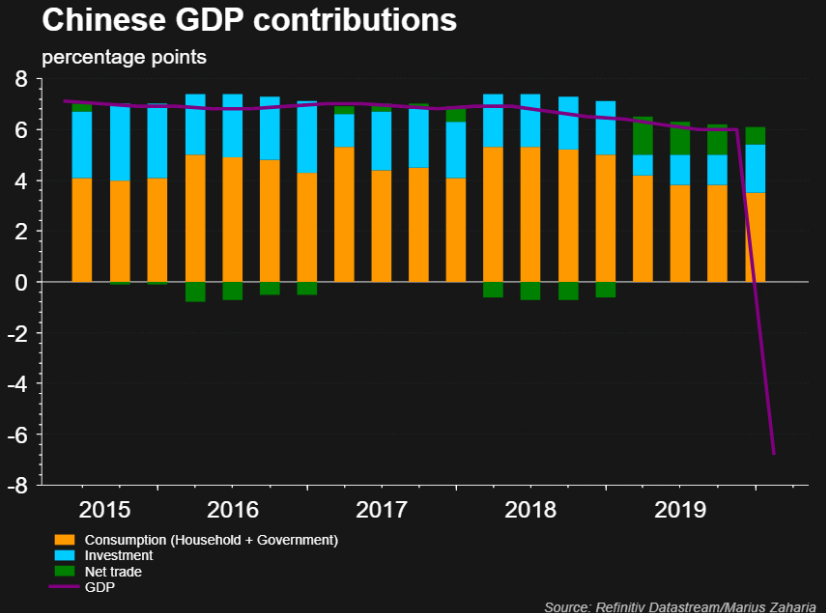 Equity markets also took the China data in stride partly because it has contained the virus and managed to get large parts of its economy back up and running from a standstill in February.

“We expect this recovery to continue and to show up in the GDP data from Q2 onwards as more progress is made with the return to economic normalcy,” Louis Kuijs, chief Asia economist, at Oxford Economics in Hong Kong.

“However, the upturn will be slowed down by lingering consumption weakness and sliding foreign demand. We expect it to take until Q4 before year-on-year growth reaches around 4%.”