Asian shares were mixed on Tuesday, with a steep fall in crude prices hitting energy shares, while investors digested weak economic data out of China. 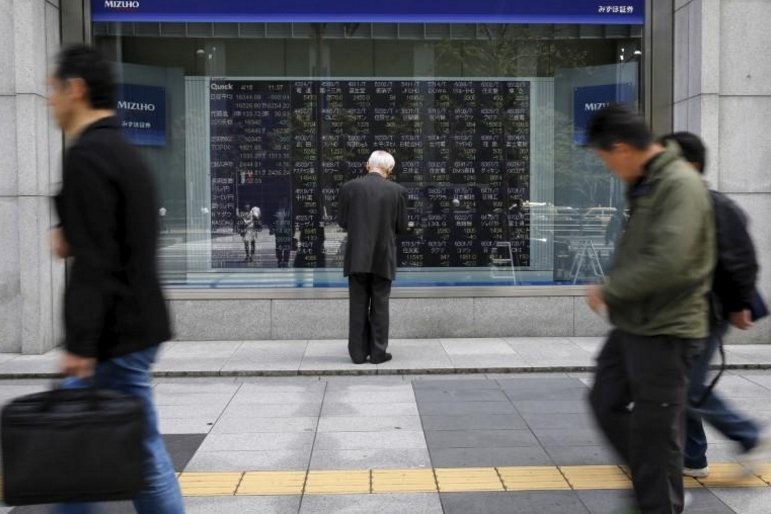 On Wall Street, the Dow Jones inched up 0.2 percent but the S&P 500 slid 0.1 percent as energy sector was affected by the declines in crude that offset a leap in financials.

Oil prices dropped more than 4 percent in the previous session, with Brent futures hitting a three-month trough of $71.52 per barrel, as Libyan ports reopened and investors focused on potential supply increases by major producers.