Asian shares mainly grow, as the U.S. Federal Reserve kept interest rates unchanged, but indicated that it was ready to ease monetary policy if it would be necessary.

The Fed said it would “closely monitor” the economy, given the growing uncertainty about government policies, the Regulator signaled that it might not be necessary to reduce rates by 2020, but Chairman Jerome Powell had a slip of the tongue, that the central bank would be ready to cut rates if necessary. The United States and China broke off trade negotiations in early May and have not met since.

The broadest MSCI’s index for shares of the Asia-Pacific region outside of Japan grew by 0.6 percent.

MSCI ACWI, which includes indicators of 49 stock markets around the world, added 0.3 percent on Thursday, managing to recover most of the losses (6.7 percent), after reporting a new portion of tariffs.

Chinese brokerage company Huatai Securities, whose shares are listed on the Chinese Class A stock market, debuted on the British stock market this week through a cross-bidding mechanism between the London and Shanghai stock exchanges. This means the official long-awaited London-Shanghai stock connect project. Huatai Securities shares soared by 9.99 percent on Thursday at 7.38 GMT. 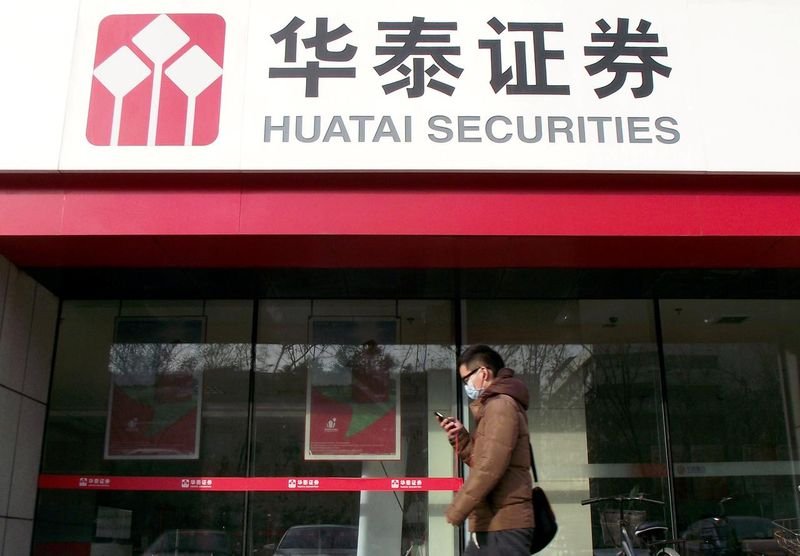 Geely Automobile’s shares in Hong Kong jumped in price by 4.87 percent at 7.33 GMT after its subsidiary Volvo Cars announced the contract execution with the Swedish Zenuity for the supply of autonomous driving software.

The market value of the Australian Rio Tinto fell by 3.98 percent, Beach Energy increased its capitalization by 2.17 percent in Sydney.