SYDNEY (Reuters) - Australian business borrowing surged by the most in three decades in March as firms stockpiled cash to see them through a widespread economic lockdown that is only now being eased slightly in some states. 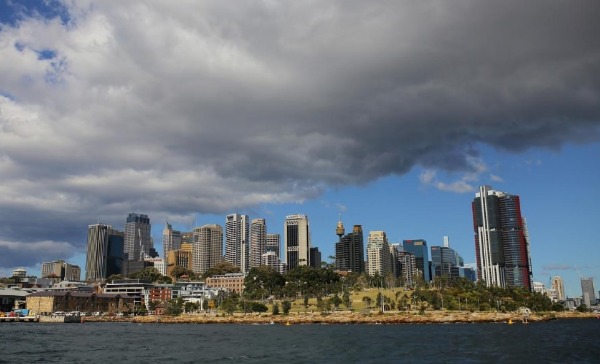 Figures from the Reserve Bank of Australia (RBA) on Thursday showed total credit outstanding to business jumped 2.9% or A$29 billion ($19 billion) in March from a month earlier, easily the biggest rise since 1988.

That was enough to lift total private credit outstanding by 1.1% in March, itself the largest increase since the global financial crisis.

Large chunks of the economy shut down in mid-March as the government applied strict distancing rules to contain the pandemic, and many firms rushed to draw down on credit lines.

The government also joined with the RBA to offer up to A$130 billion in liquidity to banks so they could keep lending.

“Total credit boomed in March after several years of relatively mediocre growth,” said analysts at NAB in a note.

“Businesses are taking advantage of very low interest rates to shore up their financial position and retain as many staff as possible amid the massive hit to the economy from the coronavirus.”

The availability of so much credit suggests firms were better placed to outlast the lockdown, which is now being eased much sooner than many had first feared.

Consumers, on the other hand, reacted by curtailing their borrowing particularly through credit cards and vehicle loans.

All the signs are spending has fallen since late March as much of the service sector shut down, including cafes, bars, museums and sport venues.

Neither are new homes on the menu with hundreds of thousands of workers out of a job, consumer confidence in the doldrums and housing auctions outlawed for the time being.

Annual growth in housing credit had risen fractionally in recent months but, at 3.1%, is still near its slowest since the data series began 1977. Lending to investors is especially weak with credit shrinking 0.4% in the year to March.