Mainland Chinese stocks have tumbled in the last few days as authorities set a relatively low GDP target and signaled a shift away from policies meant to keep the economy afloat in the wake of the coronavirus pandemic. The Shanghai composite has dropped more than 5% over the last five trading days, with losses accelerating this week to the index’s lowest since December, according to Wind Information. Other mainland stock indexes such as the Star 50, which tracks big names on the technology stock board, and the CSI 300 are down nearly 8% or more over the last five trading days. 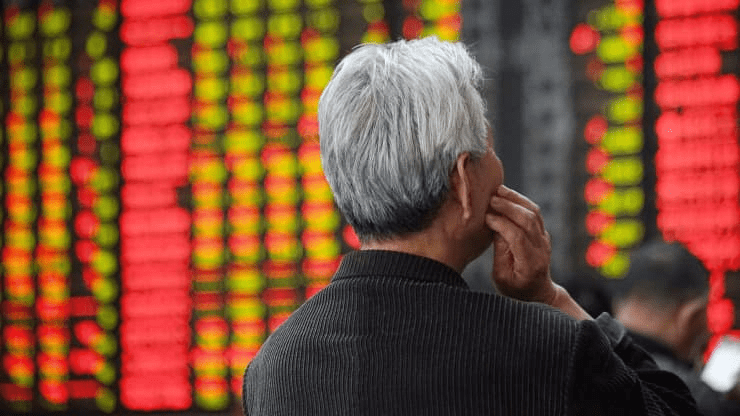 One is concerns over a rollback of supportive fiscal and monetary policy based on comments out of China’s annual parliamentary meeting; the other is the sell-off in the U.S. market, particularly in high-flying technology stocks, he said. Top officials from the People’s Bank of China and banking regulator have warned this month about financial market risks. Their comments come alongside China’s biggest political event of the year, the “Two Sessions” parliamentary meeting.

As part of the gathering, Chinese Premier Li Keqiang announced Friday the country would target GDP growth of over 6% for the year, on the low end of many economists’ estimates. Li said no new bonds would be issued for responding to the pandemic and that deficit and inflation targets would be lower than last year.

The CSI 300 was down about 4% from Friday’s close as of midday Wednesday. Economists in China have been closely watching U.S. markets, where government stimulus and a rise in the U.S. 10-year Treasury yield have raised some concerns about risks of “imported inflation.” So far, domestic measures of such price increases remain muted. China reported a 0.2% decline in the consumer price index for February from a year ago and a 1.7% increase in the producer price index.