ZURICH (Reuters) - The Swiss National Bank reported a record quarterly loss of 38.2 billion Swiss francs ($39.34 billion) on Thursday as the coronavirus crisis pummelled the value of its foreign currency holdings and shares. 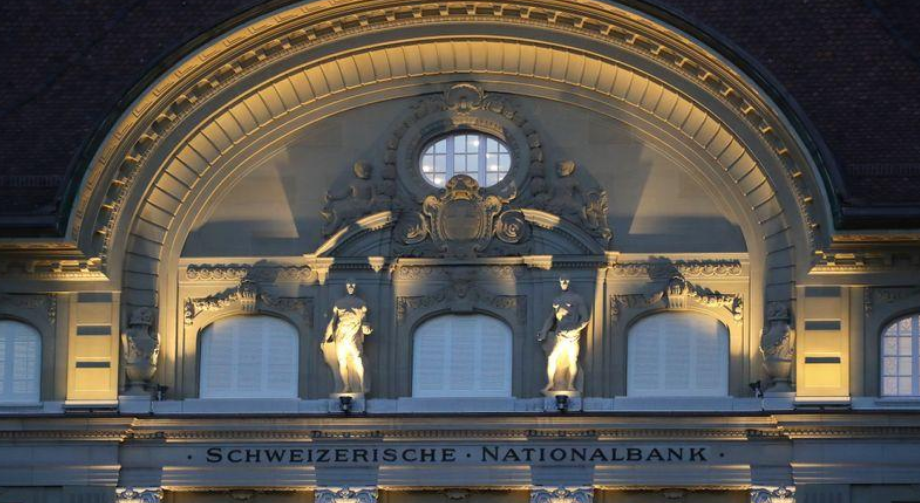 The central bank’s holdings of equities lost 31.9 billion francs in value as the economic impact of the virus sent markets into a tailspin while it also suffered exchange rate-related losses of 17.1 billion francs as the appreciation in the franc reduced the value of its foreign stocks and bonds.

The loss is the biggest quarterly fall suffered by the SNB since it was founded in 1907. Economists at UBS had forecast a loss of 30 billion francs.

“The first quarter of 2020 was dominated by the global spread of coronavirus,” the SNB said. “The measures taken to contain the pandemic seriously impacted the financial markets from mid-quarter onwards, and accordingly also the SNB’s result.”

The SNB holds foreign currency investments of nearly 800 billion francs, mainly in bonds and stocks built up through a long campaign to reduce the value of the Swiss franc, which it describes as “even more highly valued.”

The currency rose to its highest level this week against the euro since July 2015 as investors have sought safe havens during the coronavirus pandemic.

The search for safe havens benefited the SNB’s holdings of gold, which rose 2.8 billion francs in value as investors bought up the precious metal.

The central bank also made a profit of 300 million francs from negative interest rates it charges commercial banks for money they park with it overnight.

The negative rates of minus 0.75% - and currency interventions - are used by the SNB to dampen demand for the franc, whose high value hurts Switzerland’s exporters.

Still, the loss is unlikely to change SNB’s policy of currency interventions and negative rates to weaken the franc, said Alessandro Bee, an economist at UBS.

“The bank will continue to acquire foreign currency as it sells francs to weaken the currency, as can be seen by the recent sight deposit data which points to increased currency interventions in recent weeks,” said Bee.

“For the SNB making a profit is not the goal, trying to prevent a rapid rise of the franc is their main target, and it is ready to accept losses to do this.”