NFTs can go Into an Augmented Reality, NFT House Creator

Contemporary artist Krista Kim recently sold an NFT-minted digital house for 288 ether, valued at over $500,000 based on the cryptocurrency’s trading price Wednesday. The creation — called Mars House — is part of Kim’s grand vision for the role augmented reality will play in the world, she explained in an interview on CNBC’s “Squawk Alley.” 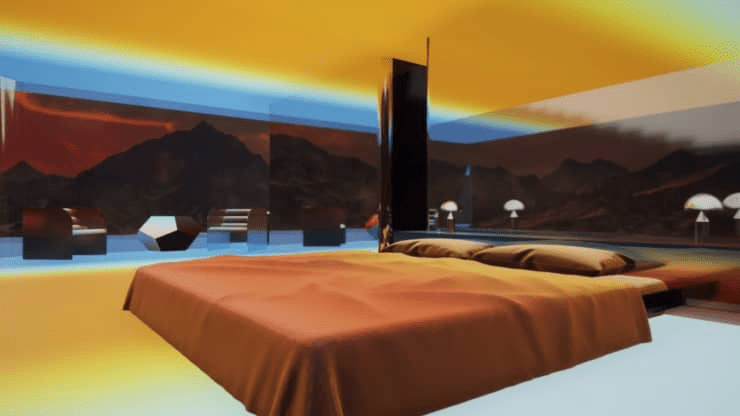 “Right now, a lot of the [NFT] art that’s currently available on platforms, it’s a very limited parameter of how you can present the art,” Kim said Wednesday. “It’s presented, basically, as a digital file, a beautiful drawing or video on your screen, but my intention was to look beyond that.”

The new owner of Mars House, she said, will be able to upload the file into various metaverses — 3D immersive worlds — and experience the digital real estate there. She said Mars House represents the “next generation of NFT art.” “For me, I actually foresee that we will be living in an augmented reality lifestyle within a very short period,” Kim said, predicting it could happen in “a couple years.”

The metaverse is an informal term used to describe a collaborative and immersive virtual world, and companies like Roblox and Fortnite maker Epic Games are working on the concept. Augmented and virtual reality are key to providing a more immersive experience for these worlds. AR is technology that superimposes computer-generated images over real-world views, while VR goes further into a complete virtual space. Both have historically been associated with some sort of wearable headset or glasses.

Facebook’s Oculus is a well-known brand making virtual reality headsets, and the social media giant’s CEO, Mark Zuckerberg, has predicted big advances around AR and VR in the coming decade. Facebook plans to release smart glasses later this year. Microsoft has its HoloLens offering, and, Kim noted, Apple has long been rumored to be working on an AR product.

NFTs are blockchain-based assets that are unique by design, and their popularity has boomed in recent months. Among their most critical characteristics, proponents say, is allowing for documented ownership of digital items.