U.S. stock-index futures were declining Thursday night, pointing to a likely subdued end to a turbulent week for stocks, which have been marked more by unprecedented action in energy markets rather than wild intraday swings that had become a more common feature of equities at the heart of the coronavirus selloff. 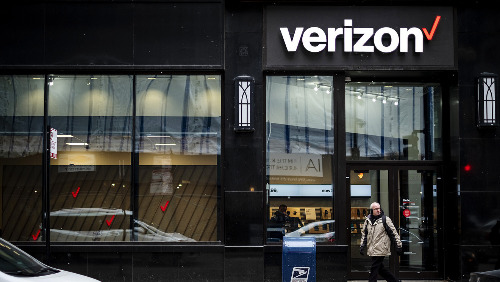 Wall Street is awaiting a few final pieces of economic data and corporate results from Verizon and AmEx, which could offer some guidance on outlook for business in America.

How are benchmarks performing?

Tenuous signs of stability in the price of oil, which made a historic traverse into negative territory to start the week, have provided some support for equities, but doubts about the depth and severity of the economic turmoil unfolding due to the COVID-19 pandemic have stalled out a rally that seems likely to halt a weekly streak of gains for the major stock gauges.

Late Thursday, the U.S. House of Representatives passed a much-awaited $484 billion coronavirus aid package that includes a second round of funding for small businesses under the Paycheck Protection Plan, or PPP.

The measure, which comes after extensive negotiations between Democrats and Republicans, contains about $320 billion to help small businesses. It also has about $75 billion for hospitals, $25 billion for coronavirus testing and $60 billion for the Small Business Administration’s Economic Injury Disaster Loan program.

Although the passage of the bill was no surprise, setting the stage for President Donald Trump to ratify it, investors may take some cheer in a fresh round of funds for beleaguered businesses that have been shuttered to limit the spread of the contagion.

Investors are finding fewer reasons to buy risky assets after stocks have rallied mightily from lows in March, making them more sensitive to headline-driven pullbacks.

A rally Thursday, for example, was knocked off-kilter after a report by the Financial Times suggested that remdesivir, the hoped-for treatment for the illness derived from the novel strain of coronavirus, isn’t effective in early trials.

However, the maker of the therapeutic, Gilead Sciences, said that the results from a trial that was mistakenly published on the World Health Organization’s website, and subsequently removed, isn’t conclusive and referred to reports about findings as “inappropriate characterizations.” Gilead’s own clinical trial of the therapeutic is slated to be released at the end of the month.

Looking ahead, investors will be watching for corporate results from Dow component Verizon Communications Inc., which warned in a filing back in March that the COVID-19 outbreak could have a material impact on its results. Another Dow component, American Express Co., which also warned of the possible impact of the disease on earnings, is slated to report before the opening bell.

In economic data, investors may focus on orders for durable goods, due at 8:30 a.m. Eastern, and a reading on consumer sentiment set for 10 a.m. A count of the number of rigs actively drilling for oil in North America could be a focus at 1 p.m.