LONDON (Reuters) - Economic activity in the euro zone all but ground to a halt this month as the new coronavirus sweeping across the world forced governments to impose lockdowns and firms to down tools and shut their businesses, a survey showed on Thursday. 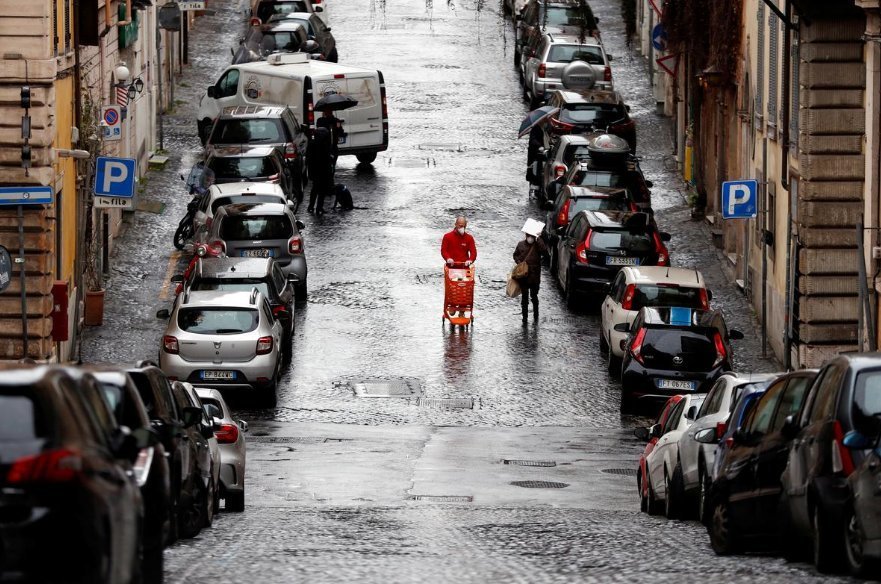 The coronavirus has infected more than 2.57 million people globally and killed over 178,000, and with citizens told to stay at home economic activity has plummeted.

IHS Markit’s Flash Composite Purchasing Managers’ Index (PMI), seen as a good gauge of economic health, sank to 13.5, by far its lowest reading since the survey began in mid-1998 and considerably below all forecasts in a Reuters poll.

Even the most pessimistic contributor to the poll had predicted a reading of 18.0.

As countries began to shut down last month the index staged its biggest one-month fall on record in March, hurtling below the 50 mark that separates growth from contraction to 29.7.

“The ferocity of the slump has also surpassed that thought imaginable by most economists.”

Williamson said the PMI was consistent with the economy contracting 7.5% this quarter. A Reuters poll published on Wednesday had a 9.6% contraction pencilled in.

Demand all but dried up this month, headcount was reduced at a record pace and firms cut prices at one of the steepest rates since the survey began.

Unsurprisingly therefore, optimism was also at a survey low. The future output sub-index, which almost halved last month, was 34.5.

With restaurants, bars and other leisure activities shuttered, holidays cancelled and travel restricted the situation in the bloc’s dominant services industry was dire. The flash services PMI sank to a new record low of 11.7 from 26.4.

A new business index dropped to a record low of 11.6 from 24.0, and firms completed outstanding demand at the fastest rate in the survey’s history.

April is also proving to be a grim month for the bloc’s factories. The preliminary manufacturing PMI dropped to a survey low of 33.6 from March’s 44.5.

An index measuring output, which feeds into the composite PMI, more than halved to 18.4 from 38.5.

Demand was barely existent and with many of their factories closed, manufacturers cut staffing levels sharply. The employment sub-index fell to 35.7 from 44.3, its lowest since April 2009, around the start of the euro zone debt crisis.

“In the face of such a prolonged slump in demand, job losses could intensify from the current record pace and new fears will be raised as to the economic cost of containing the virus,” Williamson said.