LONDON (Reuters) - Massive stockpiling of gold by investors spooked by the coronavirus outbreak offset a collapse in jewellery production to keep global demand for the metal stable in the first three tumultuous months of 2020, the World Gold Council said on Thursday. 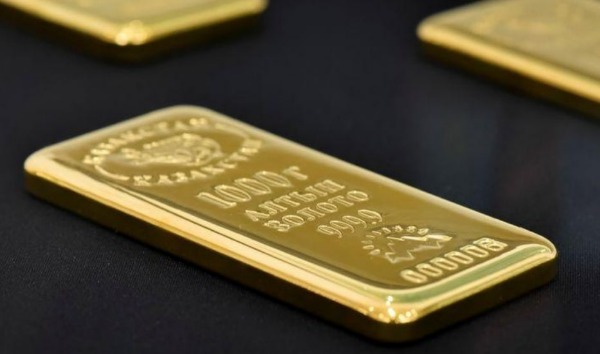 The coronavirus has upended the gold trade, with lockdowns shuttering the two biggest markets, China and India, and disrupting supply routes.

It has also roiled financial markets, triggering a surge of investment in the metal traditionally seen as an asset able to hold its value over the long term.

“This is the biggest change to the market that I can remember,” said John Reade, the WGC’s chief market strategist.

“It’s very clear that you ain’t seen nothing yet,” he said.

Over January-March, exchange traded funds (ETFs) storing gold on behalf of investors mainly in the United States and Europe added a whopping 298 tonnes worth some $16 billion to their hoard, the WGC said in its latest quarterly report.

At the same time, use of gold in jewellery dropped to 325.8 tonnes, down 39% from the first quarter last year and the lowest in at least a decade.

Bar and coin sales fell 6% to 241.6 tonnes, purchases by central banks slipped 8% to 145 tonnes and use of gold in electronics, other industry and dentistry declined 8% to 73.4 tonnes.

With ETFs increasing their stocks by more than 150 tonnes so far in April, investors are likely to support overall demand again in the second quarter, Reade said.

But he said jewellery and central bank purchases could be lower for some time, and while it is too early to estimate precisely, consumption in China and India could fall by half this year.

“There’s a lot of potential for investment demand to be strong,” said Reade. “Whether it turns out to be big enough to compensate ... remains to be seen.”

The supply of gold fell to 1,066.2 tonnes over January-March, down 4% from 2019, with both mined and recycled production decreasing, the WGC said.

Coronavirus containment measures will likely disrupt mine supply in the second quarter but scrap supply should increase, said Reade.

Gold prices have risen to eight-year highs above $1,700 an ounce this year, and hit record levels in other currencies including the euro, yuan and rupee.