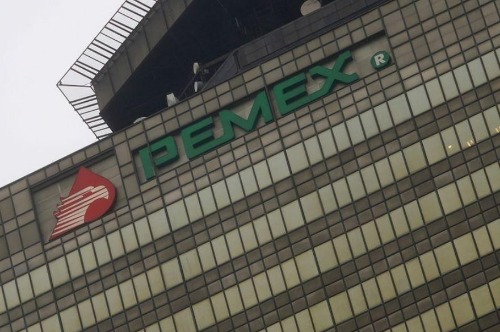 MEXICO CITY (Reuters) - Mexico’s state oil firm Pemex on Monday detailed measures aimed at mitigating the effects of a steep drop in oil prices, saying it would prioritize lower-cost production that would allow the government to comply with its “international commitments.”

Petroleos Mexicanos, as the firm is formally known, detailed measures it values at some 113.04 billion pesos ($4.57 billion) in a letter to investors, reviewed by Reuters. The steps are aimed at helping financial flows, it said, and include a cut to its 2020 investment budget of 40.5 billion pesos.

The heavily indebted firm said it would continue with its strategy of operational and financial improvements, and said it has the “absolute support” of the Mexican government. The steps come 10 days after credit ratings agency Moody’s downgraded Mexico’s sovereign rating and cut Pemex debt to junk status.

The company said that the credit rating downgrade was not attributed to incorrect operational and financial decisions, but rather to the repercussions of the severe worldwide health crisis caused by the coronavirus pandemic.

In the letter, Pemex reiterated that the government was granting it an additional fiscal benefit of 65 billion pesos for the remainder of 2020. That tax break allows Pemex to reduce payments on the so-called Profit-Sharing Duty, which represents 80% of its direct fiscal burden.

Pemex also estimated additional income of 7.54 billion pesos from the crude oil hedge the company contracted at the end of 2019, separate from a larger hedge taken out by the finance ministry.

“All these measures, which amount to 113.04 billion pesos, are aimed at mitigating the effects on the financial balance and cash flow generation of the company, caused by the temporary decline in oil prices in the global markets,” it said.

Pemex said due to “increased production from its new oil fields, where production costs are under $5 per barrel, it will be able to efficiently manage its production portfolio and prioritize lower cost production, in order to comply with the international commitments assumed by our country.”

Still, Moody’s has said the Mexican government’s responses under President Andres Manuel Lopez Obrador have been “insufficient to effectively address both the country’s economic challenges and Pemex’s continued financial and operating problems.”