(Reuters) - Wall Street’s main indexes rose on Monday as a rebound in multi-billion dollar deals, including Microsoft’s pursuit of TikTok’s U.S. operations, lifted sentiment in the absence of a fiscal coronavirus relief bill. 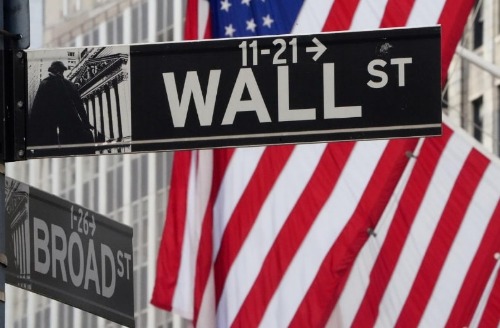 Microsoft jumped 4% on saying it would push ahead with talks to acquire the U.S. operations of Chinese-owned TikTok after President Donald Trump reversed course on a planned ban of the short-video app.

Apple Inc jumped for a second straight day following stunning quarterly results and announcing a four-for-one stock split. At its current price of about $437 a share, the tech giant is now about $132 billion - or around $30 a share - short of hitting $2 trillion in market capitalization.

A rally in tech-related stocks and historic stimulus have lifted the S&P 500 to within 4% of its peak, but faltering macroeconomic data and a gridlock on more government stimulus have made investors cautious again.

Congressional Democrats and Trump administration officials will resume talks aimed at hammering out a relief bill on Monday afternoon after missing a vital deadline last week to extend relief benefits to tens of millions of jobless Americans.

“Because we have an uneven economy, Congress has to do something,” said Stephanie Link, portfolio manager at Hightower Advisors in New Jersey.

“There are pockets of strengths and obviously the job market seems to be under pressure. I just hope they don’t wait too long.”

All eyes this week will be on the Labor Department’s employment report on Friday that is expected to show far fewer jobs added in July after a record surge in June.

On Monday, ISM’s survey of the manufacturing sector signaled a pickup in July activity, mirroring upbeat factory activity data from Europe and China.

With the U.S. corporate earnings season now past its half-way mark, a record number of companies have beaten dramatically lowered estimates, but the second quarter is still set to be the low point for earnings this year.

After a tech-heavy week of earnings, investors are gearing up for reports from Walt Disney Co  T-Mobile US, Activision and American International Group

Marathon Petroleum Corp rose 1.2% on a deal to sell its Speedway gas stations for $21 billion, while Kansas City Southern added 3.1% after a report said a group of buyout investors were considering a takeover bid in a deal of about $20 billion.

Reporting by Sagarika Jaisinghani and Medha Singh in Bengaluru; Editing by Uttaresh.V and Anil D'Silva