LONDON (Reuters) - Sterling advanced on Tuesday thanks to a deepening dollar rout though concerns of a second wave of virus infections and a central bank policy meeting later this week capped gains. 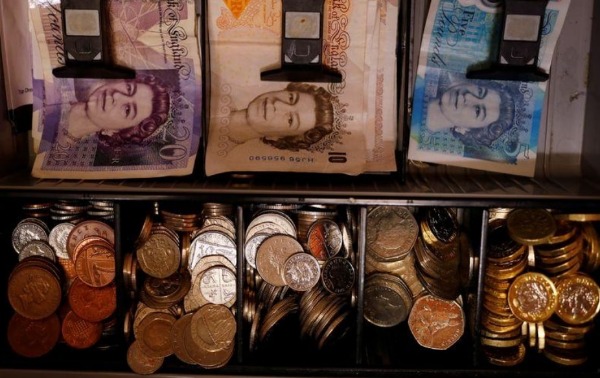 The pound has reversed nearly all the losses sustained against the dollar in the wake of the pandemic-fueled selloff in March and April and was rising on Tuesday towards a five-month high hit last week versus the greenback.

Sterling’s recovery has been impressive in recent weeks. It registered its biggest monthly rise in more than a decade in July even though prospects of a breakthrough in Brexit negotiations with Europe before a December deadline remain elusive.

“I think it’s more a case of the dollar giving back some of the gains we’ve seen over the last couple of trading sessions,” said Lee Hardman, a currency strategist at MUFG in London.

“That downward pressure on the dollar is resuming partly because of the (Federal Reserve Bank’s) response to the coronavirus.”

Signs that dollar weakness have been the major driver of pound gains can be seen from the performance of the British currency versus the euro and the Japanese yen.

While it has strengthened nearly 15% versus the greenback since the March lows, it has risen less than 6% against the euro and less than 12% versus the yen in the same period.

The pound also faces headwinds from domestic factors as well as global forces.

British Prime Minister Boris Johnson said last week he would postpone the next stage of lockdown easing for at least two weeks due to a pick-up in COVID-19 infection rates.

In the United States, Democrats in the U.S. Congress and White House negotiators are in talks on a new coronavirus relief bill after a deadline was missed on Friday to extend enhanced unemployment payments during the pandemic.

Any delay in unveiling more stimulus measures would fuel another round of selling in risky assets and drag the pound lower.

Investors are also awaiting the Bank of England’s policy meeting on Thursday where money markets are already pricing in the prospects of negative interest rates by early next year.