Tesla’s Model Y is getting off to a solid start in China, less than three months since deliveries began. The mid-size SUV was the third best-selling electric car in February at 4,630 vehicles, according to data released Wednesday by the China Passenger Car Association. Taking January into account, the data showed the car was the ninth-best seller among new energy vehicles, a category that includes electric cars. Tesla announced on New Year’s Day its China-made Model Y would begin deliveries at a price that Chinese media said was 30% cheaper than previously announced. 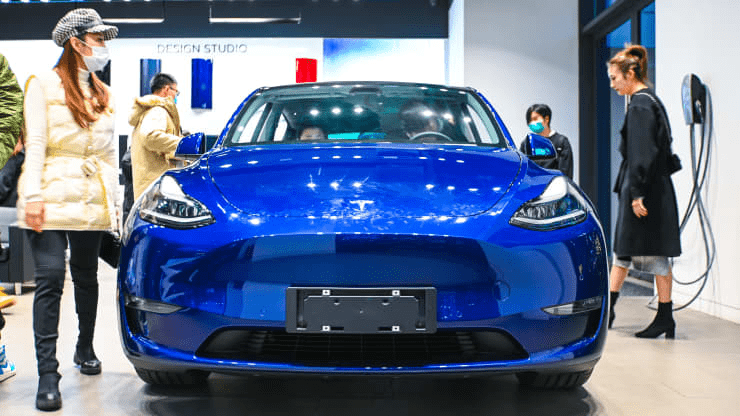 The Model Y was popular even though car sales typically fall during the week-long Lunar New Year holiday, which was in February this year. Nationwide passenger car sales fell 45.5% in February from January, according to the association. For the first two months of the year, that data showed nearly 3.34 million passenger cars have been sold in China, with new energy vehicles accounting for 7.5%. Chinese electric car start-ups Xpeng and Li Auto both announced a sharp drop in deliveries in February to just over 2,000 vehicles each and low forecasts for the first quarter. Rival Nio led the group with roughly twice the deliveries in February and a much higher guidance for the quarter.

The three Chinese start-ups’ vehicles rank among the top 15 new energy cars sold in China in the first two months of the year, according to the passenger car association data. But the start-ups still lag bigger automakers in China’s electric vehicle market.