The Four-Largest NFT DApps are Driving $10m in Daily Volume

The excitement surrounding NFTs is showing no signs of slowing down, with the top four decentralized NFT apps driving more than $10 million in daily volume. According to decentralized application data aggregator DappRadar, NBA Top Shot, CryptoPunks, Mooncats, and Sorare represented more than $10.57 million worth of secondary NFT sales over the past 24 hours. However, overall NFT DApp volumes are dominated by the top four, with the combined daily volume of the 10-largest DApps equating to $12.27 million. 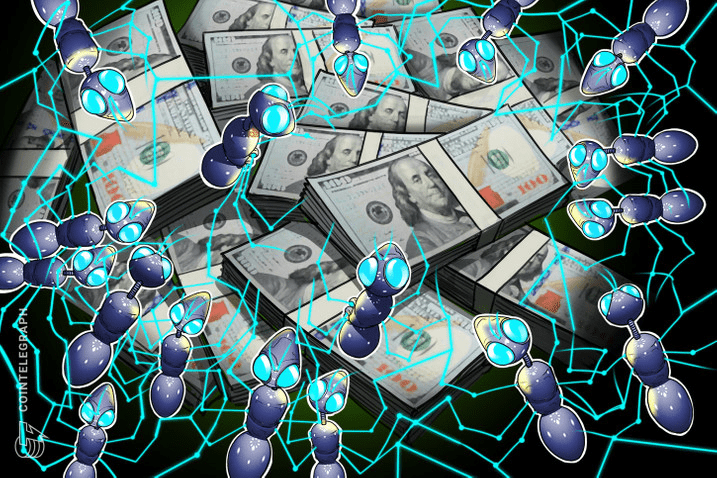 NBA Top Shot’s secondary marketplace is the dominant NFT DApp by all metrics, with 30,944 traders driving 30,372 transact worth $4.62 million over the past 24 hours. While the pioneering NFT project CryptoPunks ranks second by volume with $4.28 million, it ranks poorly by traders and number of transactions — with 85 users executing 69 trades today. Similarly, the recently exhumed Mooncats collectibles DApp ranks third by daily volume with $1.02 million but ranks seventh by users with 500, and eighth by total trade count with 530.

Fantasy football game Sorare ranks fourth by trade volume with $881,700. The platform also ranks second by traers with 1,978, and third by activity with 2,544 transactions executed over the past 24 hours. The WAX-based game Alien Worlds is also popular with users, ranking second with 1,172 traders and third by activity with 3,705 transactions daily. Digital art and collectibles marketplace Rarible also ranks prominently, coming in at fifth by volume with $530,000, fourth by users with 1,062, and fifth by transactions with 987. The data shows that sporting collectibles are surging in popularity, with Top Shot and Sorare’s 32,894 users driving $5.3 million worth of trade in the past 24 hours.