The number of people in work in the UK jumped essentially in the three months to November and basic pay growth accelerated at its fastest pace in almost a year, the Office for National Statistics reported on Wednesday. 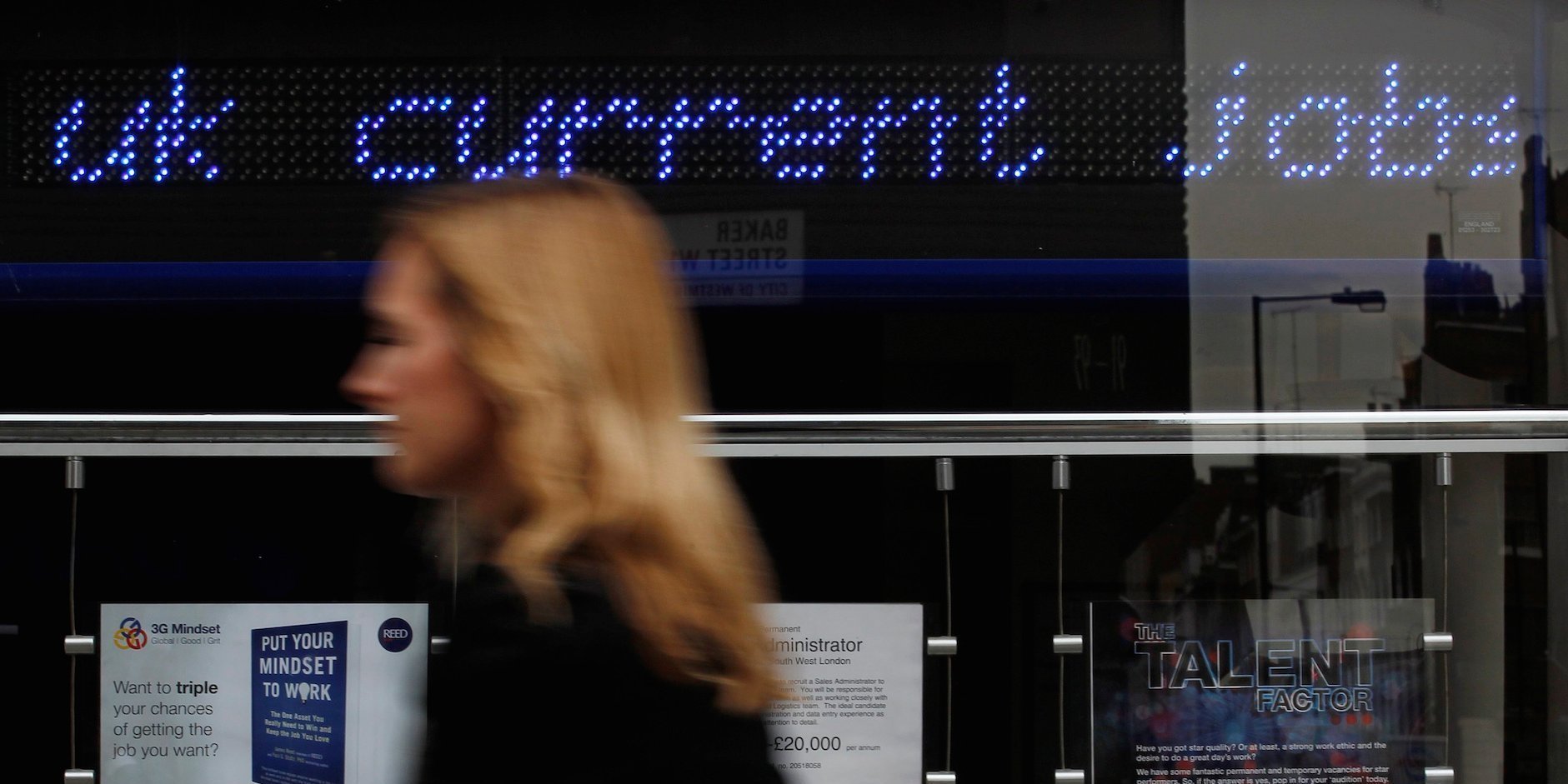 The number of people in work increased by 102,000 in the three months to November. The average weekly wage, excluding bonuses, in September-November increased by 2.4%.

The unemployment rate held at its four-decade trough of 4.3 percent.

The UK is preparing to depart from the European Union in just over a year and real earnings are continuing to slide, with consumer price inflation for November touched it highest level in almost six years at 3.1 percent.