LONDON (Reuters) - The United Kingdom’s poor novel coronavirus testing capacity means that it is likely be one of the world’s laggards to exit the stringent lockdown that has so badly hammered its consumption-based economy, Deutsche Bank said on Thursday. 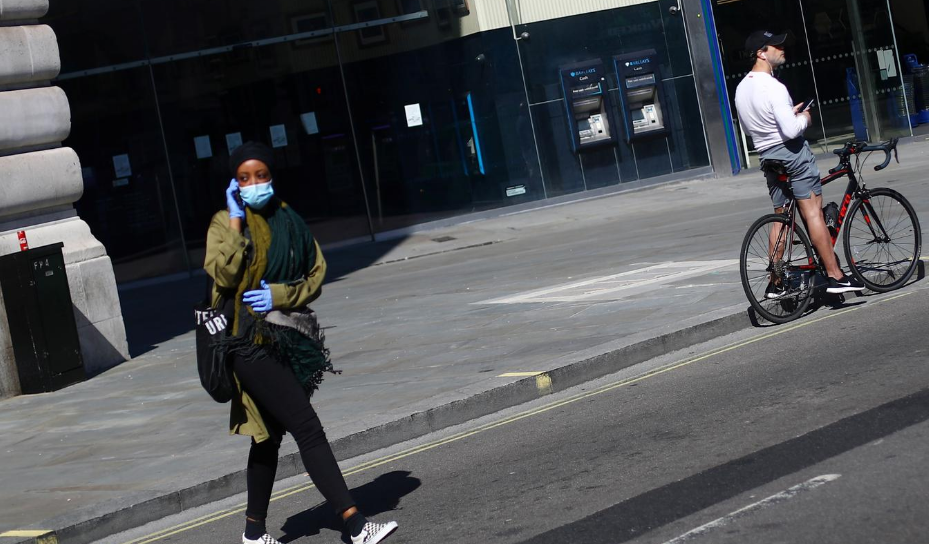 British Prime Minister Boris Johnson, recuperating at his country residence after grave COVID-19 complications, is facing criticism from opposition politicians and some epidemiologists for reacting too slowly to the coronavirus outbreak.

He has faced calls for an independent inquiry into the government’s handling of the outbreak after ministers struggled to explain shocking death rates, limited testing and reported shortages of protective kit where it is most needed.

“The UK is lagging behind almost any medium to large economy globally when it comes to coronavirus tests,” Deutsche Bank’s Oliver Harvey said in a note to clients.

“This will materially impact the government’s ability to pursue a ‘test and trace’ approach when it comes to easing the lockdown.”

Health Secretary Matt Hancock promised to get 100,000 per day tested by the end of April, though just 22,814 tests were carried out on April 21 - the latest day for which data is publicly available. A total of 559,935 tests have been carried out in total in the United Kingdom.

Deutsche Bank said that given the British population was supportive of the lockdown and very concerned by the outbreak, the government might find it hard to simply ease it with a Scandinavian herd-immunity style plan.

“The UK will be one of the laggards when it comes to either a lifting of the existing lockdown, or public buy-in when restrictions are eased,” Deutsche Bank’s Harvey said.

And given that consumption makes up such a large proportion of the United Kingdom’s economy, it is highly exposed to the coronavirus crisis, Harvey said.

“The UK appears to be caught in a double whammy,” Harvey said.

“On the one hand, a less developed exit strategy than many other developed economies and question marks over its eventual execution, and on the other an economy that is highly exposed from a sectoral perspective to lockdowns.”