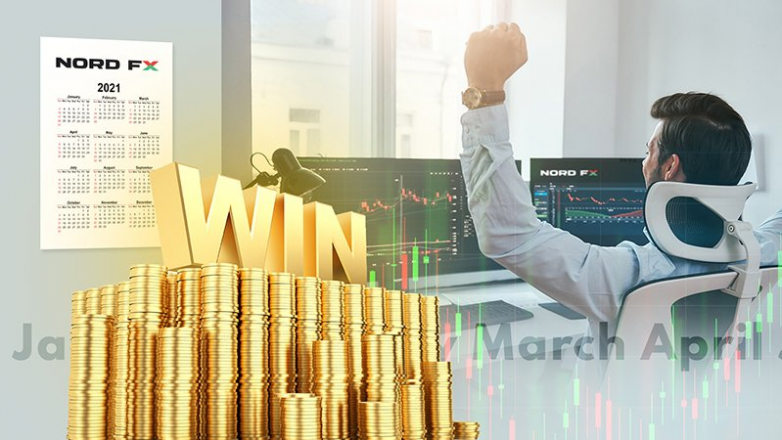 NordFX Brokerage company has summed up the performance of its clients' trade transactions in July.

The most impressive result was a trader from India, account No.1566XXX, with a profit of USD 5,114,045. But he did not stop there, adding to this multimillion-dollar profit another half a million dollars, or rather USD 463,953, which he earned on his second account opened with NordFX. Thus, the total income of this client amounted to USD 5,577,998 in just one month and was obtained thanks to transactions in pairs with the British pound (GBP/USD, GBP/JPY, GBP/CHF), Euro (EUR/USD, EUR/NZD) and a number of other currencies.

The pound helped another Indian trader as well (account No.1569XXX), who came in second with a result of USD 318,398 and used practically the same Forex pairs as trading instruments.

The British currency may well be called the hit of the month, since a client from China (account No.1397XXX), who was third with a profit of USD 179,327, rose to the podium thanks to transactions in GBP/USD and GBP/JPY.

The EAs for Life signal also attracts attention, showing a yield of 1207% since November 2020. The signal was generating stable profits for eight out of nine months of its life. However, May turned out to be extremely unsuccessful for it, the drawdown reached 75%, which is why it can also be classified as high-risk.

Those investors who prefer small stable profits with minimal risk can pay attention to the COEX.Investments-Treis3 signal: about 5.5% gain in July with a maximum drawdown of only 1%. This signal has only one drawback so far: it is still very young and has existed since June 05, 2021.

Among the NordFX IB-partners, the TOP-3 was headed by a representative from India (account No.1504XXX), who received USD 58,960 as a commission.